“We are tired of being worried all the time”. 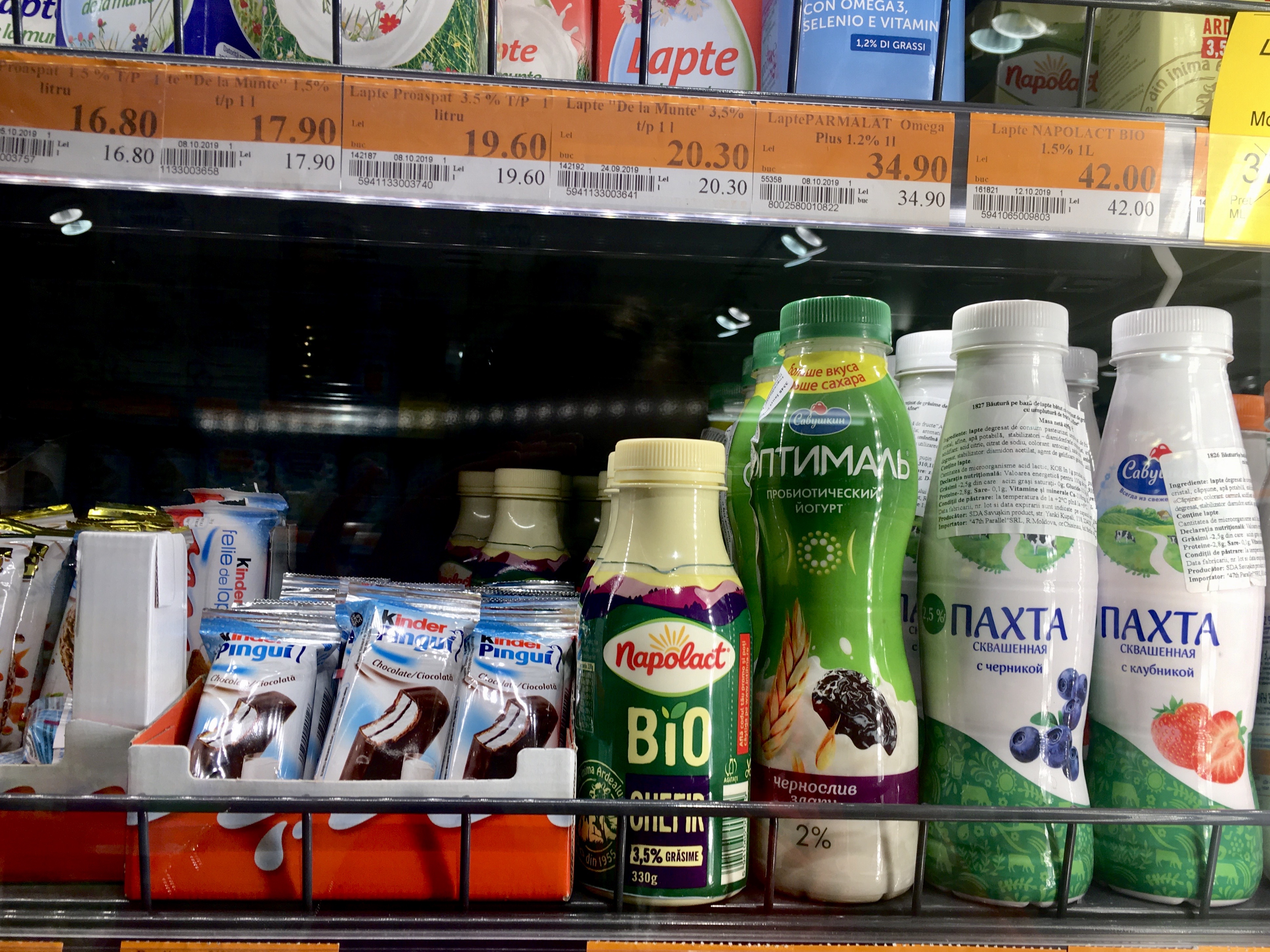 Russian and European products on a Moldovan supermarket. ©Larissa Mass

Moldova is again faced with a government crisis. The small country has to deal with powerful external influences and two different identities internally: The European and the Russian.

In the supermarket in Chişinău, Russian Kefir with Cyrillic letters stands next to the European ‘Kinder Schokolade’ brand, below the typical Romanian white cheese. The refrigerated counter of the big supermarket No.1 is a reflection of society in the small Republic of Moldova.

In the country with around 3.5 million inhabitants, the majority speak the Moldovan dialect of Romanian, and Russian is still used as the main language by 15% of the total population. A large part of the population is fluent in the two languages. In small parts, Ukrainian and Bulgarian are also spoken.

25-year-old Christian Goga is a manager in a sunflower oil factory in Chişinău. He grew up mainly with Romanian, but now calls Russian his main language. In his view, the clashing cultures and languages ​​are the main problems in his country:

“I have heard that there are countries where people speak different languages ​​and there are no problems, such as in Switzerland or Canada. This is not the case in Moldova. Linguistic and cultural differences are an inexhaustible source of problems, and this is exploited by anyone who wants instability for their own purposes –politicians in the first place”. Christian does not have a good opinion of the political situation in his country.

The country is one of the poorest in Europe, corruption is part of daily life and the economic migration is massive. In 1991, the country became independent – since then, it has been characterised by conflicts and crises. More complicated is the situation due to the breakaway states of Transnistria and Gagauzia. In addition, scandals repeatedly shake the country – most recently, the billion-dollar losses of the state banks by the corrupt oligarch, Vlad Plahotniuc, who suddenly fled the country and is untraceable.

“We are tired of being worried all the time”, explains the thirty-year-old Ana-Maria Seres. She speaks Romanian and Russian and has a pro-Western orientation. “It has always been problematic in our country, a lot is changing and I don’t want to waste my energy on being worried”.

As a teacher of computer science, Ana Maria has always felt it important to impart political responsibility to her students, she explains the value of having an own opinion and a critical mind.

Some activists are trying to make a difference – even if it is often a fight against strong enemies.

Lilia Carasciuc, the Executive Director of Transparency Moldova, speaks passionately about her commitment to fight corruption in her own country. Enrichment, at the expense of the general public, is part of everyday life. “It is important to continue to educate and counteract”, the petite woman emphasises, emotionally explaining the failures of her nation.

Another problem in the country are the fake myths about the EU, as well as the organised disinformation campaigns from Russia. Victor Moşneag is a journalist at an investigate newspaper entitled ‘Ziarul de Gardă’. He explains how tough the fight is against disinformation campaigns, for example, against Sputnik and how they uncover politicians’ corruption.

It is just one step for a better republic. When Victor Moşneag was asked if he has the impression that corruption has improved over the past 15 years since the newspaper’s existence, he answers immediately “No, not really”. Nevertheless, he does emphasise that he feels his work is important and he will continue to fight for it.

This year, a glimmer of hope emerged with the formation of a new government: the pro-Western prime minister, Maia Sandu, came to power, promising to fight corruption. However, in November 2019 she lost a vote of no confidence.

Christian Gogu no longer wants to talk about politics, and Ana Maria wants to save her energy – to worry about the latest developments is just not worth it.

Ana Maria wishes for stability for her country and that the Republic of Moldova eventually manages to enter the EU as, in her view, the potential exists. While she waits for this, she offers guests from the EU the opportunity to sleep on her couch and to show her home from another side. At least the tourism in the country should triumph, she hopes. She wants her country to be known for more than poverty and political instability. 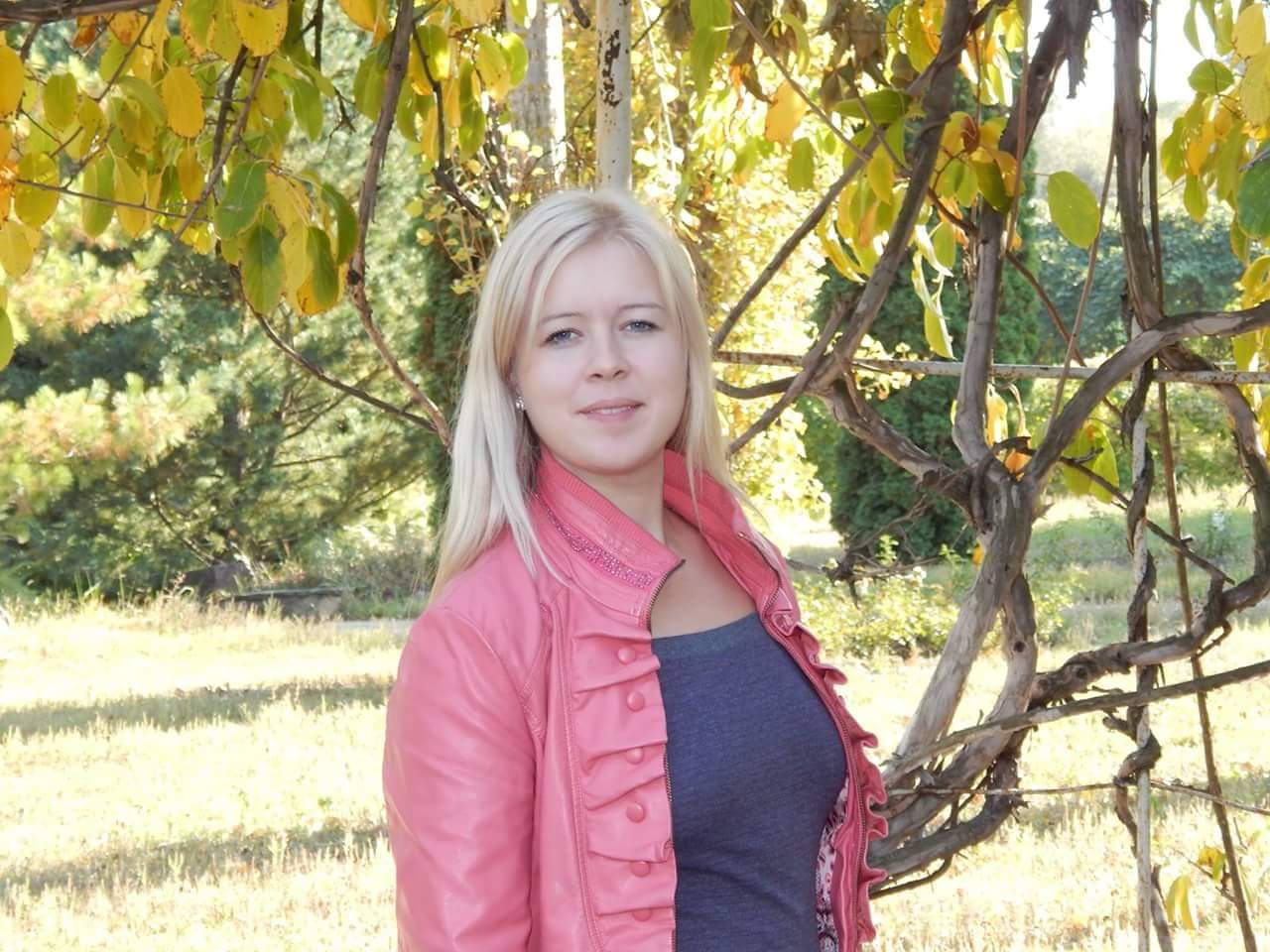 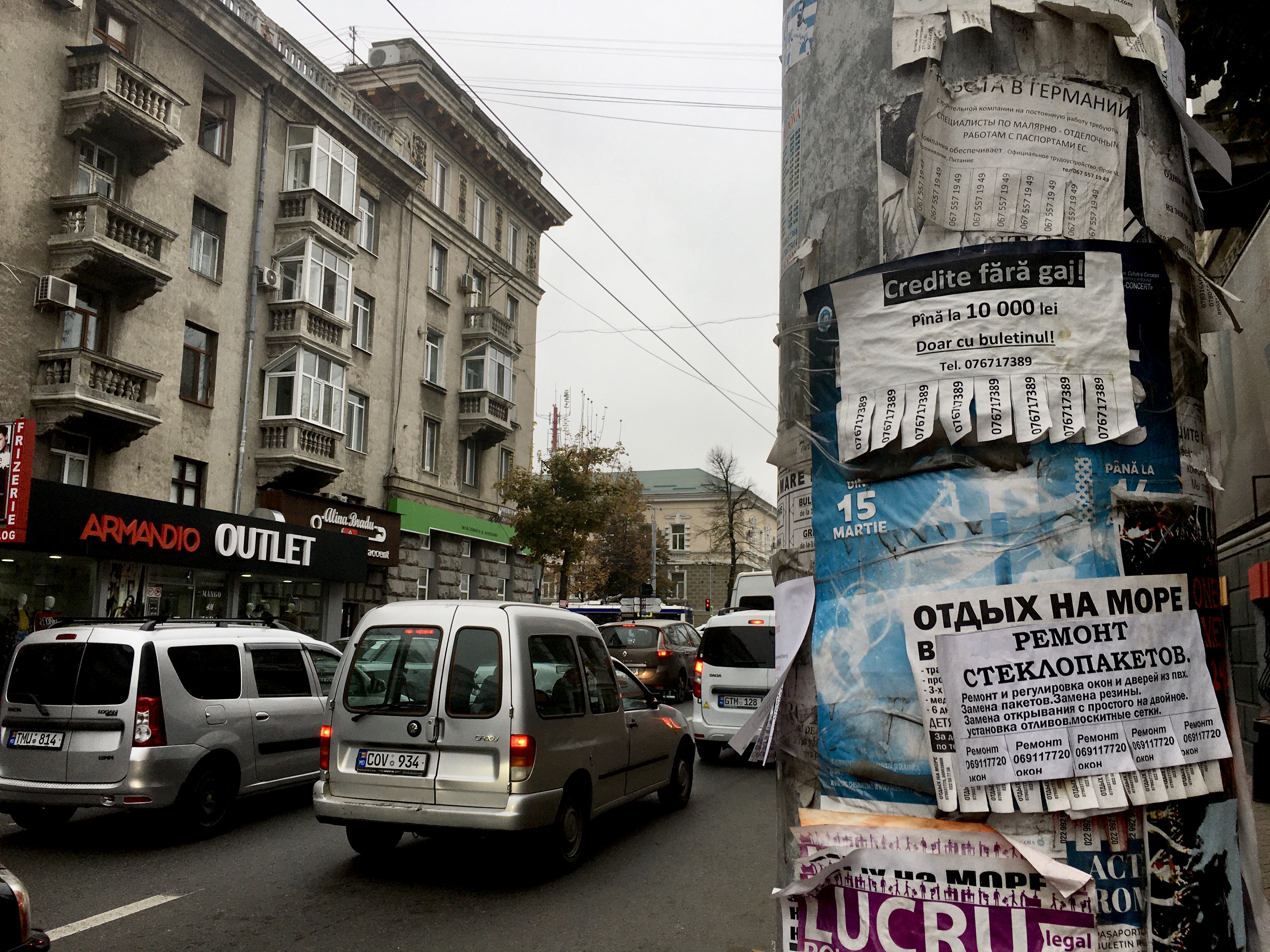 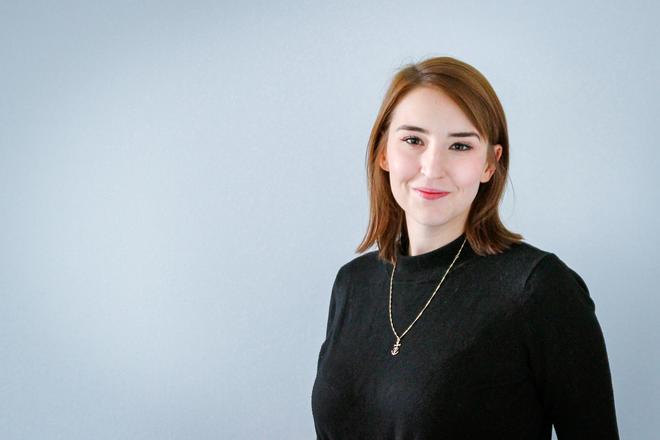 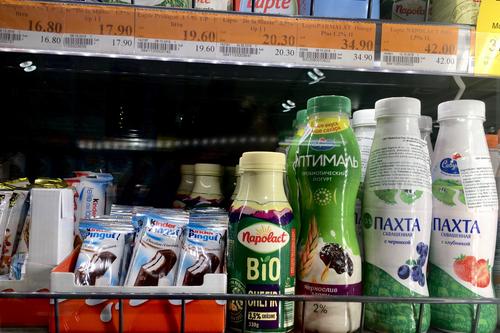 “We are tired of being worried all the time”.

Moldova is again faced with a government crisis. The small country has to deal with powerful external influences and two different identities internally: The European and the Russian.
Read more