Back to the Future, Europe in Sight 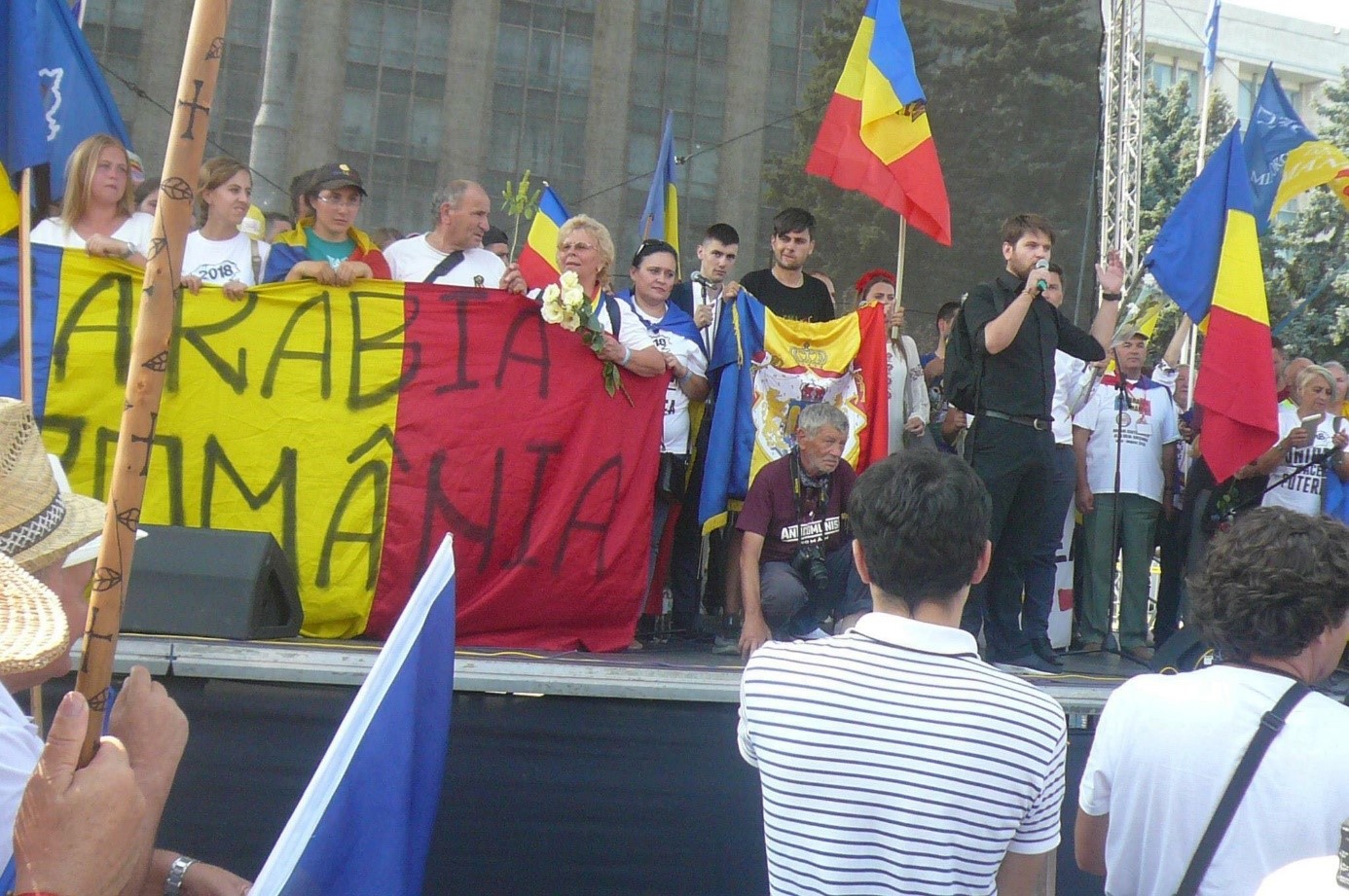 2018 marks the Centenary of the reunification of today’s Republics of Moldova and Romania. On this occasion, unionists from both countries, and even the diaspora, join forces to rally for a restored union. Although their aim is clearly defined, their motives deserve a closer look.

Already multiple times this year, tens of thousands have come to Chisinau’s main square, carrying oversized flags in blue, red and yellow and demandingly waving little Centenary paper-pennants. They gather to commemorate that, 100 years ago, the today neighbouring Republics of Moldova and Romania were one united country – and the reunion with Romania, the status quo of the past, is what they wish to restore.

After twenty-two years of union with the Kingdom of Romania from 1918 to 1940, the Bessarabia region was split-off and put under Soviet rule. Until the fall of the iron curtain and full independence as Republic of Moldova in 1991, the Moldavian Soviet Socialist Republic was one of the 15 republics of the USSR.

© Tinerii Moldovei: Anatal Ursu (r.) speaking during one of the pro-union rallies in March

One of the organisers of the regular rallies for reunification is Anatol Ursu, 28. He has dedicated the last eight years of his life promoting the idea of reunification with Romania throughout Moldova. His efforts seem to be paying off: “I come from a period when we met twenty people at the monument of Stefan cel Mare, with one single flag, and we went home with the satisfaction that we were many – now we are gathering tens of thousands of people in the main plaza”.