Street Art in Berlin and Chisinau 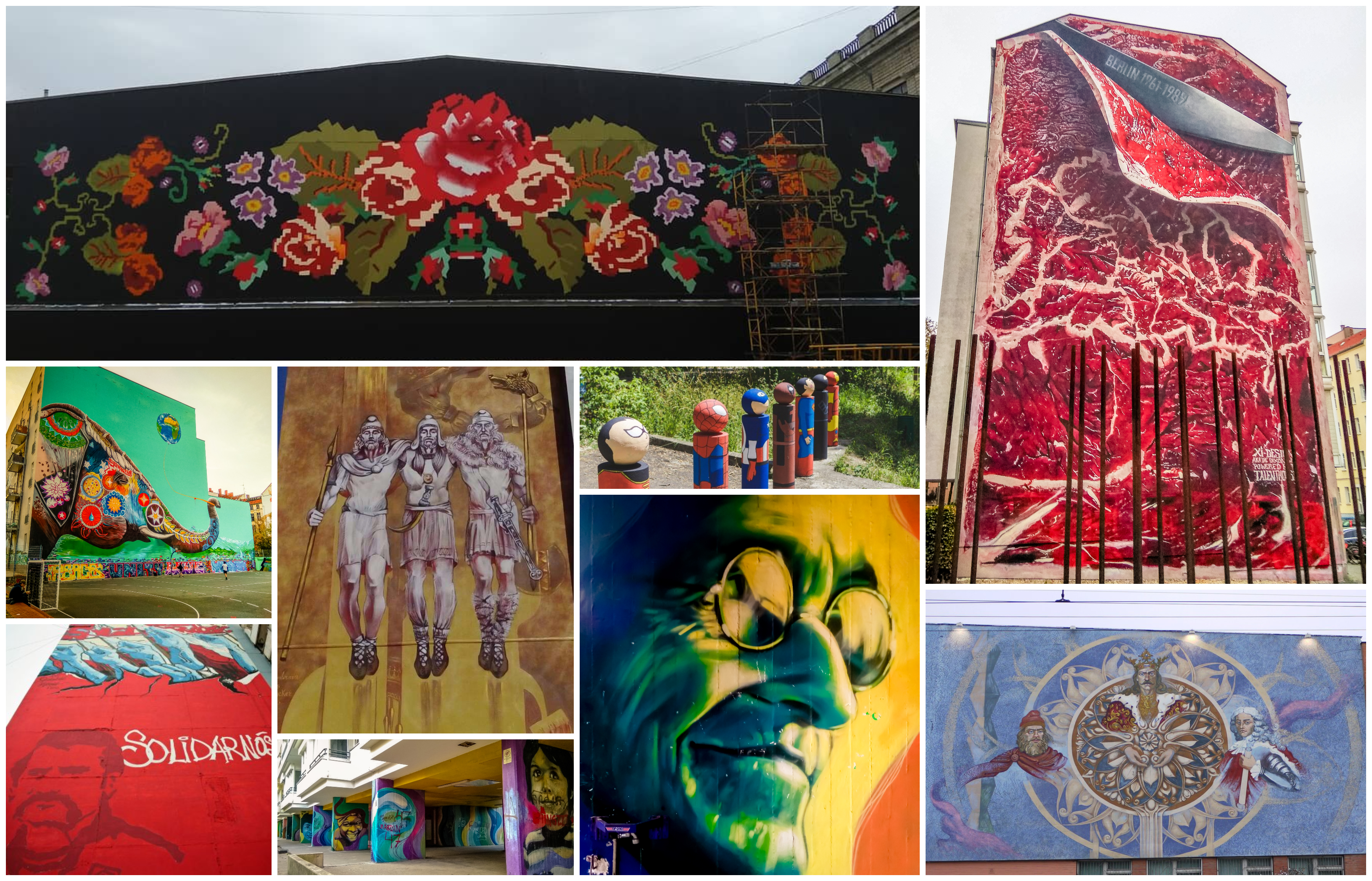 Street art has long been an integral part of the culture of many European cities.Street-culture is the face of the modern city, its spirit and character. Street-art: Graffiti and murals can disfigure the city, as well as make it unique and beautiful. The way Berlin is, is how Chisinau could be.

Murals, graffiti – street art has long been an integral part of the culture of many European cities. For example, let us take a look at Berlin. Many tourists come here not only because of its architecture, but also to see the murals and graffiti. One of the top tourist sights are the surviving inscriptions of Soviet soldiers on the walls of the Reichstag. Back then, it was not called graffiti but, nevertheless, today these inscriptions are part of history.

Another important tourist place in Berlin is the East Side Gallery – the gallery on the east side of Berlin which covers the famous wall that divided the city back in the days. Here, you can see not just graffiti, but the murals and real masterpieces of street art, known all over the world, such as the mural entitled ‘Kiss of Brezhnev’, where Brezhnev kisses Honecker, the new head of the German Democratic Republic at the time.

Parts of the Berlin Wall, which divided the city for 28 years, are murals, painted a few decades ago, as well as more recent ones. However, they are updated only with the permission of the authorities. So, on the East side gallery you can see both social life and politics-related murals.

But these are historical monuments. In everyday life Berlin, probably, wouldn't be Berlin without its walls, decorated with murals. And although not all residents welcome the painted walls, unofficially, Berlin is considered the European capital of murals and graffiti, since such a large number of street art cannot be found in any other European city.

However, time does not stand still and, today, Berlin is more than just a city with unauthorised graffiti, it is also known for its various social and economic projects.

Berlin’s famous district Kreuzberg is famous for its murals and graffiti. It used to be Turkish quarter, and now you can see there copyright shops, private galleries, cafes and of course the famous works of street artists on the walls of houses, various buildings, and even electric booths.

Today, street artists are in demand, they get invited to paint outdoor adverts on the walls of buildings, to decorate the interior of institutions, to draw prints for t-shirt.

Murals and street art are on the different level now, they turn from prohibited actions to the art, adverts and business.

You can learn more about it by watching interviews with Berlin-based artists Stereoheat and Dejoe, where they talk about their path to success.

It is hard to name Chisinau a city filled with graffiti and murals. However, today we can say that the image of the city is beginning to acquire new features, thanks to street artists. The street art of Chisinau is not only incomprehensible sketches and political appeals, it is modern large-scale works that really adorn the city.

One of the famous street artists is Inna Zhelyaskova, also known as Izzy Izvne. Today, Inna is known for her work not only in Moldova, but also abroad. This summer, she painted in the UAE, participated in various graffiti festivals in the EU, and held a hip-hop and graffiti festival in Moldova three times.

The second festival – ‘Urban Vibes’ was held in Chisinau in September 2017 with the support of the Swedish institute.

The next festival – ‘Urban Generation’, took place in May 2018 in Chisinau, and in August in Tiraspol. This large-scale event was supported by the European Union in the framework of the programme, ‘Poduri de încredere peste Nistru - Bridges of Trust across the Dniester’, implemented by UNDP Moldova.

“I created my very first graffiti in 2007. The first three graffiti. I was just wondering what i is like. So, I tried, and it felt cool, it was definitely worth a try.

However, all this time I knew that I would come back to it, I could not stop thinking about it, but there was a financial problem. I had no money to invest in graffiti in order to actively do it. Despite this, in 2011, I started to draw again – first it was stencils, and then the classic graffiti; then I started to get orders with some elements of street art and, last year, I found myself in calligraphy – and this is the style in which I have drawn ever since”, said Izzy.

“Talking about the wall, it can be chosen; I can say, that I try to look for a wall which has a specific owner, because it is easier to come to an agreement. Everything is decided on the spot, and if this is some kind of public wall, permission must be obtained through the City Hall. That takes too long.

My current style is poorly perceived by our society, although it was different abroad. That was when I was just starting to draw – I need to go through all of it and everything will change. Back then they looked at me as some sort of vandal, but now people like it and people are willing to pay money for it”.

Nowadays, according to Izzy, most popular are flowers, nature, Moldovan motives and others. Today, artists are able to get official permission to work – people like it and understand it. As for the ‘dirt’ in the city, there are ‘guilty’ young artists who try it, and then leave the job.

“We all started this way, but we strive to grow and to create something better”. “It is natural, but a bit unpleasant”, Izzy said, and continued on to say, “I would like the culture of street art to develop. I organise the hip-hop festival, which features elements of hip-hop; graffiti and other street culture is connected with this”.

In September 2017, the International Street Culture Festival ‘Urban Vibes’ was held in Chisinau. It was organised with the support of Sweden, namely the Swedish Institute. It was the first festival of this kind and of such magnitude in Moldova. The parkour festival featured elements of street culture, including break-dance, hip-hop and, of course, graffiti. Izzy was the main organiser of it.

In May and August 2018, two ‘Urban Generation Street Culture Festivals’ were held in Chisinau and Tiraspol, which were also held by Inna in partnership with the organisers from Tiraspol. “The festival was organised in partnership with a team from Tiraspol. As a result, thanks to a grant from the European Union-UNDP, we were able to hold two festivals - in Chisinau and Tiraspol, as well as a seminar which was aimed at finding new people interested in holding such events”.

“Our goal is to attract people who are interested in street culture and want to promote it in the future”, noted Inna.

By the way, from the 14th to 17th of June, Izzy Izvne represented Moldova at the International Festival in Germany entitled ‘Meeting of Styles’ where she painted a large wall together with the Mexican artist, Hech uno.

Although street culture is only developing in Chisinau, in the city sector, Botanica, you can see the mural ‘Lech Valesa’, by the Polish artist Rafał Roskowińs with his student, Wojciech Woźniak. It is painted on the wall of a residential building. It depicts Lech Walesa and the Solidarity’s fight.

In the metropolitan park, Valea Morilor, you can see several social murals from the ‘Chisinau is Me’ project. The participants of this project directed their creative activity towards changing the appearance of Chisinau for the better. So, all their murals are usually found on various old flower beds, transformer booths, old restrictive poles and other elements of the city infrastructure that are not in the best condition.

Furthermore, the participants of ‘Chisinau is Me’ do not just hide the terrible state of these elements, but also decorate the city with their unusual and beautiful works.

On the walls of Chisinau you can find not only graffiti on social themes, but also murals related to Moldovan folklore and history.

As an example, in Chisinau, you can highlight the work of the young, but already quite successful artist, Nikolai Morozov. In the city centre in July 2018, he painted a mural in the form of a Moldavian carpet. He succeeded in bringing this idea to life thanks to his triumph in the competition, in which other artists took part.

Another famous artist whose murals can be seen on the walls of the city is Radu Dumbrava.

In 2017, on the Independence Day of the Republic of Moldova, a new mural, which was named ‘Victory Wall’, was solemnly opened. It was created by Radu Dumbrava and his team.

On 17th November 2018, he presented his new work, which covers the Palace of Culture of the Railwaymen, located opposite the Decebal mural. Dumbrava’s artwork depicts the great Moldavian king, Stefan cel Mare, the Lord of the Moldavian principality, Dmitriye Cantemir and the king of Dacia Burebista. The mural was named ‘Coloana Neamului’ and it should be noted that today it is the largest mural in Chisinau.

In conclusion, we can add that the development of a modern city is not only its architecture, social infrastructure and daily life, but also in its street culture. It is the combination of all these elements which creates a real image of the modern city, which is Berlin, and which Chisinau is striving to become. Street culture is a revelation of the attitude of society to its city and how the city can become.

Creating a city image is the prospect of its development in all areas. This is an opportunity to increase the citizens’ loyalty, as well as develop urban tourism, which will also have a positive effect on the country's economy – this is the support of young talented artists and those for whom the city is part of real life. 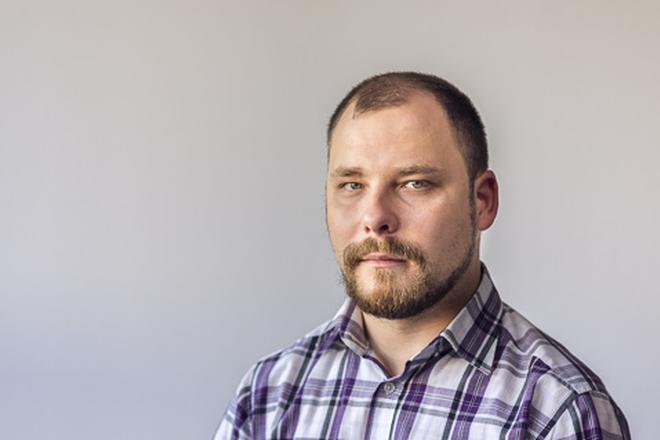 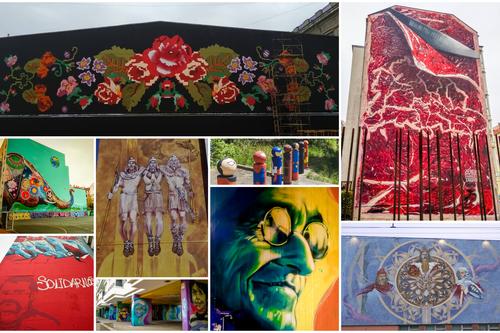 Street Art in Berlin and Chisinau

Street art has long been an integral part of the culture of many European cities. Street-culture is the face of the modern city, its spirit and character. Street-art: Graffiti and murals can disfigure the city, as well as make it unique and beautiful. The way Berlin is, is how Chisinau could be.
Read more