Where is the woman’s place or is it just about the ... ‘man’s world’. A perception in the mirror about German and Moldovan society 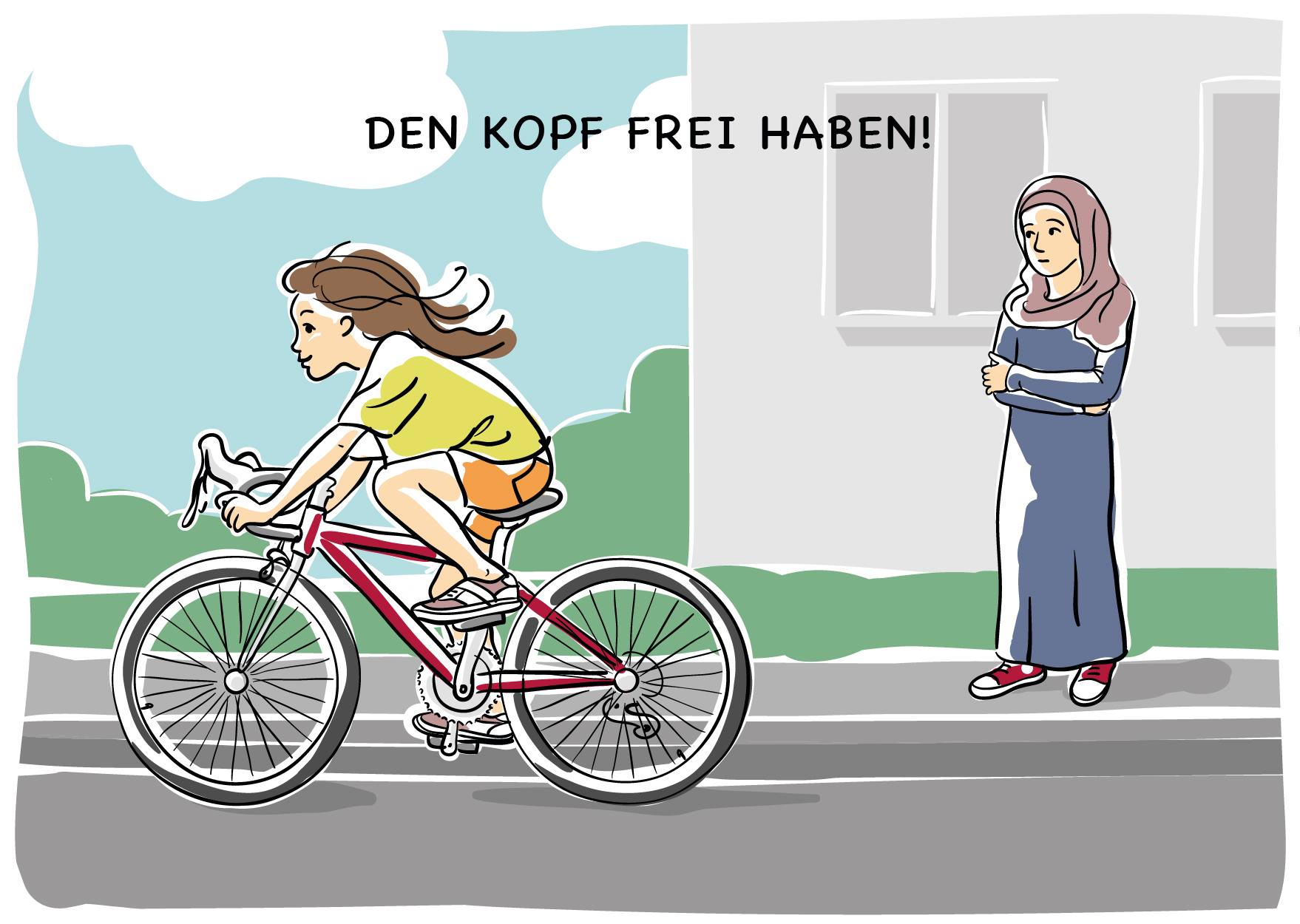 The picture illustrate a society without sexism, stereotypes and prejudices. In translation, the message is "Have your head free". ©TERRES DES FEMME

Naked women, with no opinion, no will and no voice who could be carried and touched how you would like - and no, the image you painted in your mind does not promote, for example, a sex shop, but some services or products widely consumed throughout society. Without a doubt, this is the picture of the advertising market nowadays, both in the Republic of Moldova and Germany. However, sexist advertising is not forbidden in those countries and that is why there is no national statistical data to reflect the reality.

Although sexist advertising can refer to all genders, women are the most affected. They are portrayed as silent, nice and smiling, often sexualised and put at men’s disposal. Men can also become victims of sexist commercials, especially when the masculinity is emphasised, the so-called ‘real men’ – tough, with no feelings, who treat other people as objects.

Sexist advertising is something new, but very common in marketing in the Republic of Moldova. So simply and clearly can the situation in this area be described. Advertising with sexist messages can be found everywhere you look: on the streets; in stores; on the internet; in newspapers, magazines or even children’s books.

Elena Ratoi is working in UN Women Moldova and, since 2016, she has been collecting examples of advertisements that could be identified as sexist. Now, she has an impressive ‘collection’ representing Moldova’s market and it counts more than 200 specimens. However, Elena says that it does not include video and radio spots, and there are still a lot of examples that which have not been able to be documented.

“One of the sexist ads, which was considerably mediatised and criticised by both society and the media was posted on social media in December 2017 by a company which produces carpets. Its PR people considered it to be very ‘inspirational’ to say how ‘soft’ the carpets are produced by them by portraying a woman who was supposedly performing oral sex with a man on a carpet. So, the ad portrayed two pairs of legs – those of a woman and a man, the female pair of legs kneeling in front of the legs of a male. This ad was followed by two others from the same series: an ad portraying two pairs of female’s legs – one with bruised knees; an ad containing only one message, “Be better than your (female) neighbour!”. The company was reported to the Competition Council and it was obliged by the court to pay a fine, explained Elena Ratoi.

However, this kind of advertising has never stopped. One of the explanations for this is the current law which is too vague and can be misinterpreted.

“At the end of 2018, the legislation was changed. We used to work closely with the Competition Council. They took our consultative opinion and fined those who promoted sexist advertising. Now, the Competition Council can no longer fine those who have made this kind of mistake, only when there is some proof that this has resulted in economic loss or unjustified profit. In our opinion, the new mechanism limited the right of people to complain and to have an effective remedy. We, the Council for Preventing and Eliminating Discrimination and Ensuring Equality, can make the decisions, but we cannot sanction. Only if this comes into force, can the person go to court and claim moral damages. However, the procedure is confusing. The old system was much more effective and much clearer,” explained Ian Feldman, the president of the Council for Preventing and Eliminating Discrimination and Ensuring Equality.

Another problem with this in the Republic of Moldova, is the fine itself. The amount applied is too small and sometimes it actually favours the company which had published a scandalous commercial that will be massively visualised – only afterwards do they pay the fine, say the experts.

Unexpected, but this kind of advertising can also be found in European countries. We are talking especially about Germany here. Naked women who have nothing to do with the promoted service, or who are used for some sexist messages for products – this kind of marketing technique is used.

This is a real phenomenon and recently more NGOs are fighting against this. One of them is TERRES DES FEMME. They say that, almost daily, get emails from citizens who report sexist advertisements. As it is practically impossible to make the companies give up on this type of marketing, they have resorted to a more creative initiative – they created a so-called shameful contest for the sexist publications.

“Every year, TERRE DES FEMMES crowns the most sexist advertisement of the year – Zorniger Kaktus (The Furious Cactus). Altogether, we received about 50 ‘sexist submissions’ between the 8th April and the 14th June. Our winner of 2019 is a cleaning company. Specifically, it is about their car that has the slogan, ‘We ... always come through!!’ In addition to that, this text is accompanied by a photograph of a scantily-clad woman sitting in a tube. So, the picture and the text suggests a pejorative attitude, according to which women are always sexually available, or at least can be made docile. We can improve society’s perception of gender equality, sexist advertising, and women in politics by talking about these topics and trying to spread the word. It starts with every person who raises her/his voice against gender inequalities. Do not keep quiet anymore and point out what bothers you!”, Maja Wegener from TERRES DES FEMME said to us.

“I'm not very much in favour of passing a law against them. It is better to criticise them, because I think this is something that should be resolved at a society level and not at a legal system level. However, I have children and when I go to the supermarket to buy a toothbrush and see that they are pink and blue for three-year-olds – this is crazy. This is sexist advertising in my opinion and that is where it starts. This is something that has to be picked up on and criticised”, says Fritz Felgentreu.

Psychologists say that colours directly influence preferences for all people, but especially for children. Furthermore, the products we use, and the advertising we see, can influence how we act and think about ourselves, psychologist Ana Niculaes told us.

“In 2017, Shelley Roche-Jacques was angered after spotting some t-shirts in a Morrisons’ supermarket. One t-shirt for boys had the slogan ‘Little Man, Big Ideas’, while the same style of t-shirt marketed to girls said ‘Little Girl, Big Smiles’. The messages suggested that boys are more likely to have important ideas and thoughts, while the matching t-shirt suggested that girls' outward appearance was more important. Children have this amazing, natural ability to see the world as boundless, but when adults signal that certain things or behaviours are off-limits for them based on their gender, their worlds get smaller and smaller – and that’s not just sad, it can be damaging as well”, noted the psychologist.

Stereotypes about little girls or boys are very present in the Republic of Moldova. So, having being raised and educated with such life perceptions, many women do not even dare to think about obtaining top positions at work or opening their own business. This could be just one of the reasons why women are so absent from the economic market – this opinion is shared by psychologists and economists.

“In Germany, more men are in business management than women, but I don't think the chances of women starting a business are lower than for men. There are many start-ups run by women. The difference is not in the opportunities, but perhaps in the top management results. Of the 30 largest German companies listed on the stock exchange, approximately 10-15% are run by women. There are different explanations. One argument is that women frequently left the job in favour of their family, to give birth to children and when they return, after three or five years, the ‘career train’ has left, if we may say so. It is perhaps because women are not aggressive enough to get a job in a leadership position”, said the economist, Uwe Konst.

According to a study from 2018 made by the German-Swedish Allbright Foundation, Germany ranks last, after a comparison of the proportion of women on the boards of major stockbrokers, behind France, Great Britain, Poland, the USA and Sweden. Meanwhile, in the Republic of Moldova, the involvement of women in business is just recently encouraged. Data from the Organisation of Small and Medium Enterprises Sector Development shows that, from the total number of local entrepreneurs, only 27.5% are women.

Women from the kitchen table to the political tribune?

The bad news is that the same model also exists in politics. In both countries, women are still under-represented in politics. In 2019, only 31.2% of politicians in the German Bundestag are female. However, the data is even more pessimistic in the Republic of Moldova, where only 25.7% of Moldovan MPs are women. Still, this does represent the highest number of women elected in the parliament in the country’s history.

In this regard, experts say that we should take a look abroad. The best example is the new European Commission headed by Ursula von der Leyen. She has made it very clear that she wants a gender-balanced Commission beyond a geopolitical Commission, mentions Cristina Gherasimov, an expert in the German Council of Foreign Relations.

“This is a clear signal that there will be more women in positions of power in the new Commission. At the same time, gender issues are taken very seriously in all the EU member states, too – Germany included. I think if we compare Moldova to the trends in Europe, we still have a lot of homework to do. However, I think the former Cabinet of Ministers of Maia Sandu has shown that the number of women in politics is growing and is a very positive sign to have a more gender-balanced approach to politics in Moldova”, Cristina Gherasimov tells me.

According to the data of the Inter-Parliamentary Union, belonging to the top 10 countries worldwide with the most women members in the respective parliaments is only one European state – Sweden. Rwanda leads with 61.3%. In second place, is Cuba with 53.2%. Sweden ranks 7th with a score of 46.1% of women in parliament. 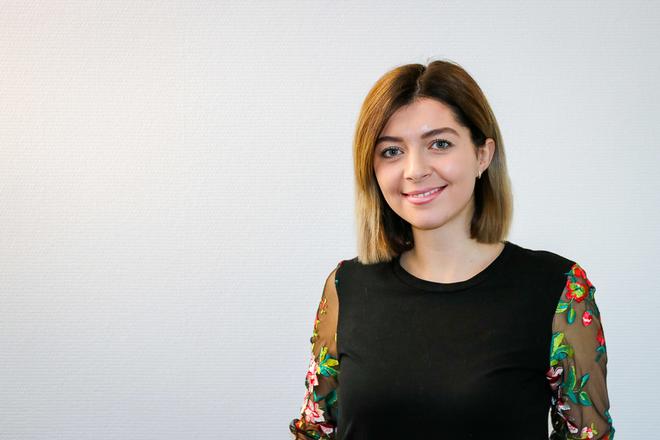 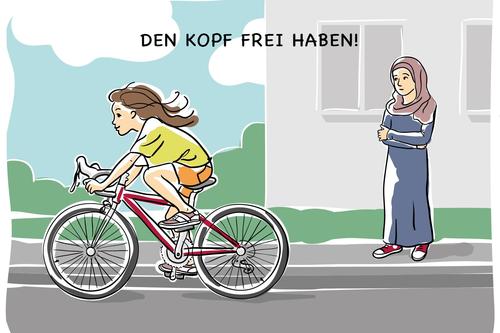 Naked women, with no opinion, no will and no voice who could be carried and touched how you would like - and no, the image you painted in your mind does not promote, for example, a sex shop, but some services or products widely consumed throughout society. Without a doubt, this is the picture of the advertising market nowadays, both in the Republic of Moldova and Germany. However, sexist advertising is not forbidden in those countries and that is why there is no national statistical data to reflect the reality.
Read more