In Search of Moldovan wine in German Supermarkets

How can Moldovan wine producers export more into the European Union? 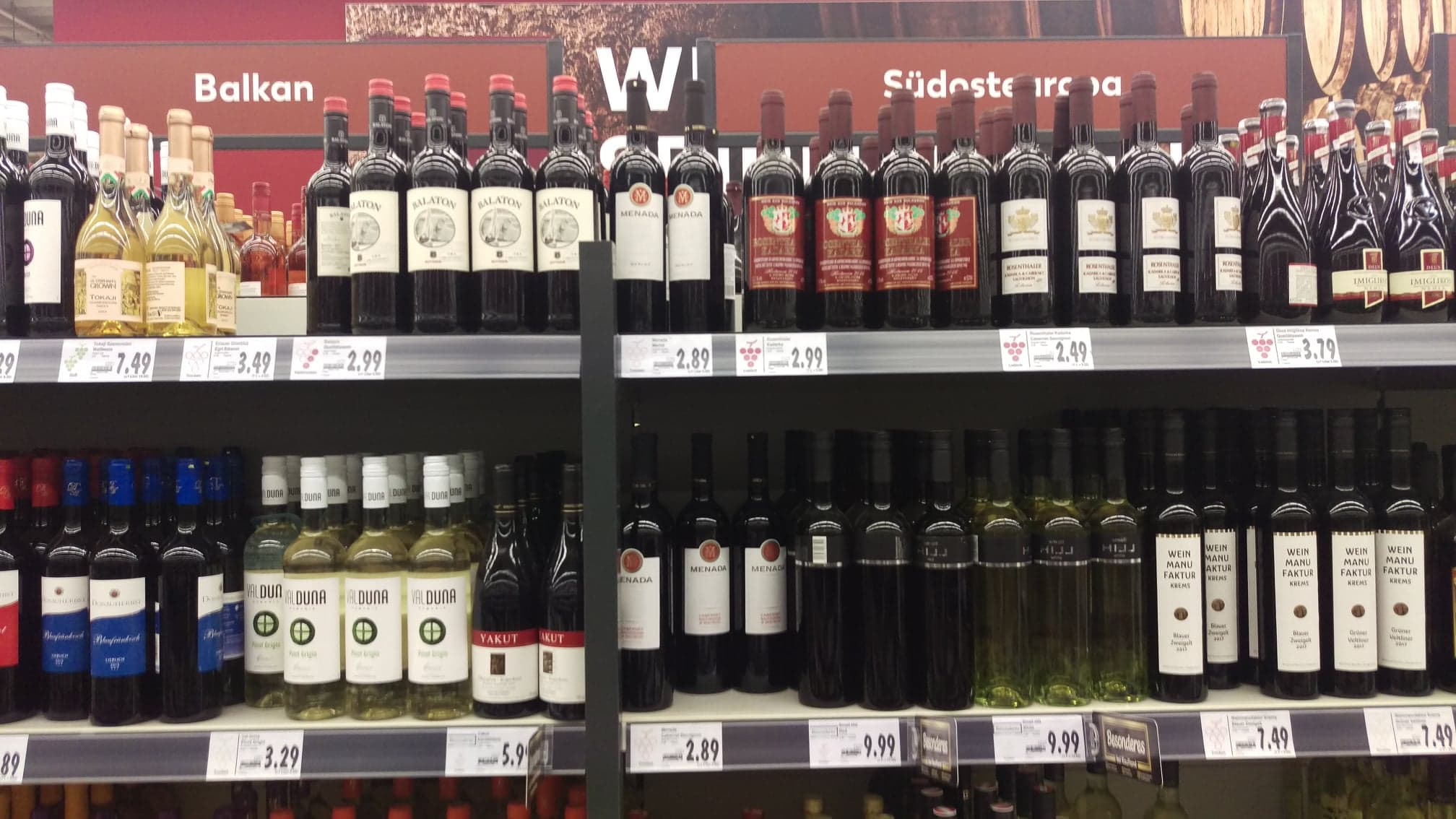 An errand to a European supermarket reveals fancy bottles of wine from any country but Moldova – yet half of the total Moldovan wine exports reach the European Union. So, where is it all going? I went in search of Moldovan wine in Europe. Here, you can see what I found out…

Berlin. A visit to a regular supermarket offers you a wide choice of French, German or Italian wine on the shelves, just to name a few. There are even plenty of bottles advertised as carrying South African or Chilean wine, coming from virtually across the world. Reading the labels, I soon discovered that there was no Moldovan wine. Puzzled, I undertook a second search. How come there is no Moldovan wine? The country with the greatest vineyard density in the world has no bottles on the shelves? The go-to place for any tourist coming to Moldova is a wine cellar, with the biggest wine collection in the world for that matter, and we could not get our internationally-prized wines in a supermarket in Berlin?

“The shelves are already stuffed with French, Italian and Portuguese wines which are very well-established as brands. There’s no free shelf-space at the moment for Moldovan wine”, Dumitru, sales manager at a medium-range wine production company from Moldova tells me. The company he is working for used to export to Germany, but soon after their two-year trial, they decided to stop. “The quantities we got into Germany were too small to cover how much we spent to get them there”, explains Dumitru.

Even though the winery has an impressive production capacity of over five million bottles a year, they only managed to export only a few thousand bottles. As Dumitru explains to me, Moldovan wine stands no chance in front of all the other country labels. This is, at least, the case for supermarkets across European Union. “The European consumer is very conservative towards new wines. I’d call that a ‘nationalism of consumption’. That is also why we took the decision to leave the German market for now and only come back when we have a strong marketing strategy. In my opinion, we have to work with and educate the consumer first”. However, because supermarkets won’t display any product that doesn’t enjoy strong customer demand, a few hundred bottles of Moldovan wine have found their way, as an alternative, into small wine bars in Germany. That is, for the moment, the market for the Moldovan wine, according to Dumitru.

The fierce competition on the German market and, by extension, on the European market, is what experts talk about as well. “Prices, in fact, are not that high in Europe for agricultural products and, if you take the cost of logistics for transport from Moldova to the end consumer in a supermarket in Europe, it’s not necessarily very attractive to sell to the European Union. What is more, many products, for example wine, are subsidised within the EU, which is to a certain extent a bit of unfair competition for those producers which want to enter the European market”. This is what Uwe Konst told me, an international trade specialist, who has been on many business visits to Moldova over time. In his view, the first and the most important step that Moldovan wine producers have to undertake is to conduct a thorough market analysis and be prepared to work on a long-term strategy, rather than ‘shot’ measures. Their purpose should be to find a market niche, as competing with already well-established labels would be counter-productive, adds Uwe Konst. “It’s not realistic to expect a tremendous break-through for Moldovan wine on the European market in the short-term. The path that I understand Moldova is following, and which might be successful in the mid-term, is to create a brand for Moldovan wine, to secure the quality, the availability and to create a specific for Moldovan wine, so that it is distinct from the already existing offer”, concludes the expert.

As much as Moldovans might perceive winemaking as an undeniable integral part of their culture and history, the rest of the world might not yet be aware of this. Therefore, efforts to increase the international profile of the Moldovan wines have been intensified in the past years in Moldova. The World Bank collaborates closely with Moldova’s Ministry of Economy and has, since 2015, pumped over 45 million dollars in increasing the competitiveness of Moldovan wines. Thanks to this support programme, local wine producers can access grants and training for developing business and marketing strategies. “We aim to teach our producers to become flexible and innovative, but also to get to know the markets and the consumers”, said the head of the Business Development Department of the Ministry of Economy of Moldova, Olga Badanova, previously when a new contract with the World Bank was signed.

With the wine industry accounting for over 3% of the GDP and ranking third in Moldova’s total exports, local producers are taking advantage of wine-making being approached as a strategic sector for the Moldovan economy and it seems to be paying off. “Through the ‘Wine of Moldova’ programme, sponsored by USAID, we participated at several international wine exhibitions, which is very important for increasing the international profile of Moldovan wines”, says Dumitru. Recently, Moldovan wines scored a new record at the Berlin Wein Trophy International Wine Contest which is one of the largest wine contests taking place annually in the German capital. Moldovan wines received nine gold and three silver medals, being appreciated by top wine professionals.

Despite the rather unsuccessful trial in Germany, the EU is still an attractive market for Dumitru’s company and for the over 500 million consumers. Thus, he plans to re-enter the European market, but this time through Romania, a close neighbour of Moldova and the top export destination for Moldovan products. “From Romania, it will be easier to access the markets of other EU countries. Firstly, by proving that our wines are in demand by Romanian consumers and, secondly, we get bigger exposure due to tourists visiting Romania”.

Similarly, an important marketing opportunity for Moldovan products could be to get on the shelves of Kaufland Moldova, which is expected to open its doors next year. A certain share is reserved for local products, but even so, it will be quite a challenge to get on the shelves. “The quality standards required in the EU, for example, will have to be met for getting into Kaufland Moldova. Therefore, those producers who succeed in getting some shelf space in Kaufland Moldova, can very well use this as a ‘business card’ when dealing with contractors and retailers from abroad”, Cristina Aramă, the press officer of the branch in Moldova, tells me.

Either by means of shelf-space in Kaufland Moldova, in Romania, or through their own marketing efforts and long-term strategies, the Moldovan wine producers are sure to face many challenges when accessing the competitive EU market. However, the process is slow, but steady, and the smart and determined entrepreneurs will win the race. 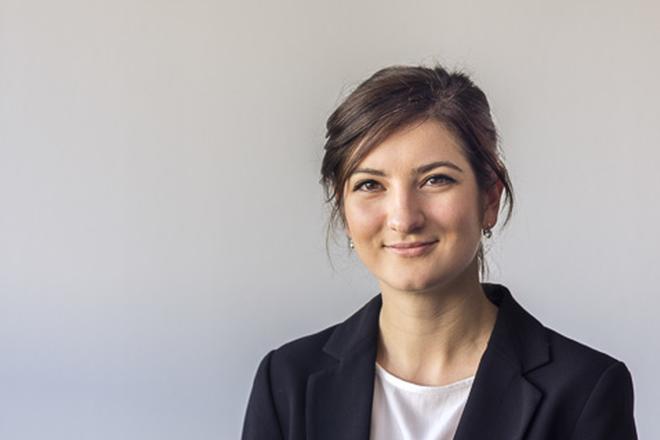 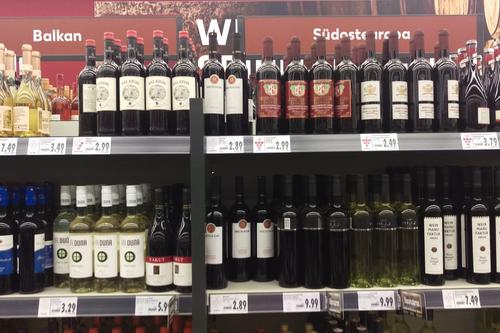 In Search of Moldovan wine in German Supermarkets

An errand to a European supermarket reveals fancy bottles of wine from any country but Moldova – yet half of the total Moldovan wine exports reach the European Union. So, where is it all going?
Read more