Moldova's image in Germany: An interview with Oleg Serebrian

Republic of Moldova cannot be ignored as easily as it is believed, nor ‘archived’ 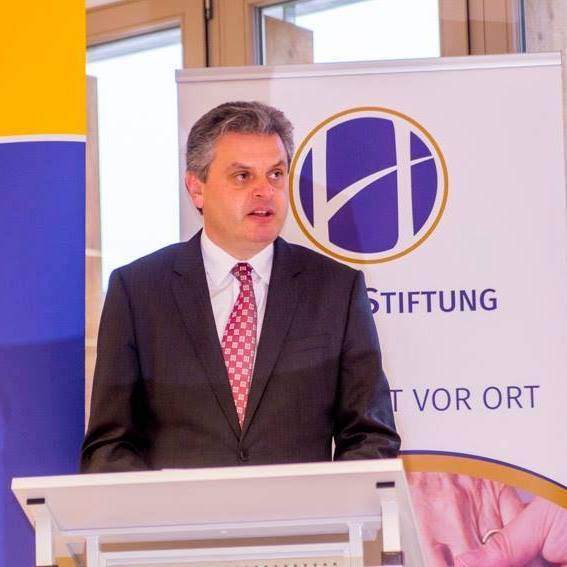 Mr. Serebrian, on 13th November, you completed three years of your mission in Berlin. How has it been for you?

On a professional level, it was interesting and intense, Berlin is being very careful about the East European theme. It was a special and personal time. Germany is my old love. I feel the history and culture of this country in such a way that a known Romanian philosopher once told me that I suffer from a “genuine German neurosis”.

As it is a small anniversary, I would like to ask you to list three successes of your mission and three failures, so to speak.

Let’s start with the failures, although it is always more difficult to assume this part of the mission. I would very much have liked to see the President of the Bundestag coming to Chisinau on a response visit. As you know, in March 2017, we managed to organise an official visit to Berlin of the head of the Moldovan legislature. Unfortunately, parliamentary elections in Germany, then a long period of negotiations on the formation of the new ruling coalition, prevented this from happening. Now, we are already on the verge of elections. Instead, I managed to organise both the first official visit of the head of the Moldovan Legislature to Copenhagen (I am accredited by cumulation as ambassador to the Kingdom of Denmark) in January, as well as the visit of his Danish counterpart to Chisinau in September. In other words, the Danish side recognises that 2018 was the most intense in terms of the political dialogue between Chisinau and Copenhagen. The fact that I did not manage to organise an exhibition of the Chisinau Art Museum at the Art Gallery in Mannheim, although I had started discussions in respect of this back in 2016 with the general mayor of this city, the historical capital of the South German state of Baden.

Another regret, and therefore a failure, is that I was not able to convince the Deutsche Bank or Commerzbank to expand into the Republic of Moldova. It was one of my ideas at the beginning of the mandate. Undoubtedly, the presence of such banks in our country would have changed a lot in the perception of foreigners, and would have left its mark on the business environment. Among the success stories, I have to mention the extension of the network of Moldovan honorary consulates in Germany; intensification of the Moldovan presence at the major international fairs in Germany; the increasing dialogue with German political and cultural foundations, and not just with those in Berlin, but also from other cities, where we organised a series of quite visible events devoted to the Republic of Moldova.

Then, in 2015, you said in an interview that the Republic of Moldova is not considered by Germany as a ‘lost file’, after three years, can you still say the same thing?

That is what I can say right now. German interest in our country, for the whole region, is not a circumstantial one. The Republic of Moldova is in Europe, a place in which Berlin has a ‘natural interest’, of course.

What actions should the political class in Chisinau undertake in order for the EU and Berlin, in particular, not to archive it?

The Republic of Moldova cannot be ignored as easily as it is believed, nor can it be ‘archived’. Too many visible or less visible communication vessels tie us to the rest of Europe – economically, socially, and as regards security. This also explains the interest of our partners from Berlin or Brussels for everything that happens in the Republic of Moldova, but also in other partner countries.

Does Germany still have an interest in the European vector of Republic of Moldova, despite the latest political events in Chisinau?

As I said above, Eastern Europe is one of Berlin’s ‘favourite themes’. The interest in the whole post-Soviet space, including in the Republic of Moldova, is very high. The fact that two important business visits took place in Germany this autumn – the Moldovan Minister of Foreign Affairs and European Integration, Tudor Ulianovschi, then the Deputy Prime Minister for European Integration, Iurie Leanca, confirms this interest.

Moldova’s reputation had, and probably still has, a lot to suffer as a consequence of the one-billion bank fraud and the Russian laundromat. Have there been requests for support from the German side from the Moldovan authorities as regards conducting investigations on those two files? Or maybe Germany has offered such support?

I do not know if there have ever been any concrete talks on this, but the Moldovan side has made it clear that it accepts the contribution of all those who can cast more light on the files, including the support from our German colleagues.

What is the image of Moldova in Berlin?

Neutral, if I can use this term. There are no molds about Moldovans, or preconceived attitudes. The Berliners, especially those who studied in the GDR schools, know where the Republic of Moldova is, and they have a general idea of the country. Unlike in Paris, I did not face situations where the interlocutor was amazed that there is such a country in Europe!

“Officially, it's about 20,000 people, but in reality, I think it could be about 50-70 thousand, without counting the former Moldovan citizens”.

Germany is one of Moldova’s loyal supporters in the Eastern Partnership and one of the most important foreign allies of Moldova in recent years. Does Germany therefore believe that Moldova is a country with clear European prospects?

There is no single point of view in this regard, nor has it ever existed, but I assure you that we still have many supporters coming from the various political camps. Just recently, during the visit of the Deputy Prime Minister, Iurie Leanca, to Berlin, we were able to convey this with satisfaction. Alexander Graf Lambsdorff, one of the leaders of the German liberals, was very explicit in this respect. In his opinion, the Republic of Moldova must, at a certain moment, get a clear European perspective, to enjoy the same treatment as the Western Balkan countries. Otto Graf Lambsdorff is a respected politician and diplomat in Germany. A similar position was expressed by the Social Democrat Deputy, Detleff Müller. I have just given two recent and telling examples, but I can mention others.

What are the basic projects used by Germany for Moldova?

Germany is one of the main external donors for Moldova. Most of the projects supported by the Federal Government are carried out through the GIZ (Gesellschaft für Internationale Zusamenarbeit). The projects funded by the GIZ are in areas such as good governance and sustainable economic development. There are also academic programmes, implemented with the support of the German Office for Academic Exchange (DAAD). Beyond the projects funded by the Federal Government, there are many programmes supported by political foundations such as ‘Konrad Adenauer’, ‘Friedrich Ebert’, ‘Friedrich Seidel’, ‘Friedrich Naumann’, and others. This is especially true for projects for civil society and the media.

What is the support that Germany can grant in order to help to reunify the two banks of the Nistru River?

How many Moldovan citizens are there now in Germany? We know that, in official statistics, it is very difficult to estimate exactly the number of Moldovans because many of them also have Romanian or Bulgarian citizenship and they come in as such. Do you have an estimate?

Officially, it is about 20,000 people, but in reality, I think it could be about 50-70 thousand, without counting the former Moldovan citizens, who had renounced the Moldovan citizenship during the last 25 years, while accepting the German one. The RFG has more restrictive citizenship legislation. Those who obtain German citizenship have to abandon the previous one, dual citizenship being accepted only in special cases. It is worth mentioning that Germany goes beyond countries like Spain, France or Portugal in terms of remittances to the Republic of Moldova. This also speaks about the real size of the Moldovan community here.

We know there are a number of Germans born in Bessarabia and their heirs. Do you have any contact with them?

There were about 95 thousand ethnic Germans in Bessarabia in 1940 and another 15 thousand lived in the Moldavian RASS, in the Transnistrian region. Those in Bessarabia were transferred to Germany in September 1940, following an agreement between Moscow and Berlin. Those in the Transnistrian area were deported to Siberia and Central Asia in 1944, from where, twenty years later, they could return to the Moldavian SSR. The descendants of the small German community in the Republic of Moldova of today (about 3-3.5 thousand people) represent, in particular, the remnants of the Transnistrian Germans. In Germany, there is an association of Bessarabian Germans, which is located near Stuttgart. In 2016, I participated at a congress organised by them, I gave a speech in the plenary session, and then I participated in a debate about the current situation in the Republic of Moldova.

Thank you for the interview. 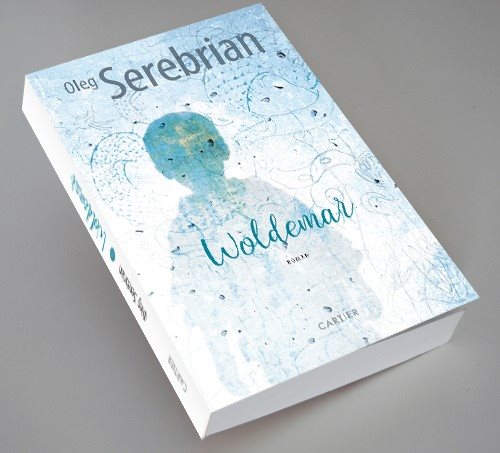 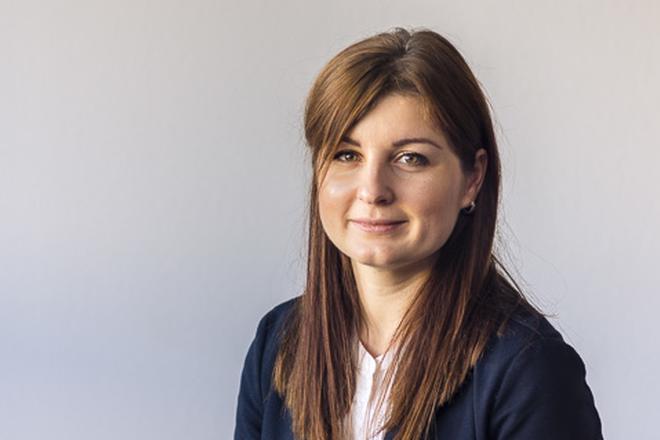 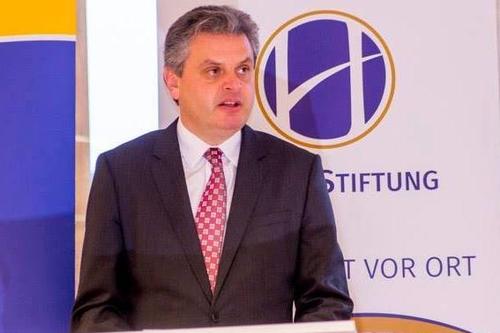 Moldova's image in Germany: An interview with Oleg Serebrian