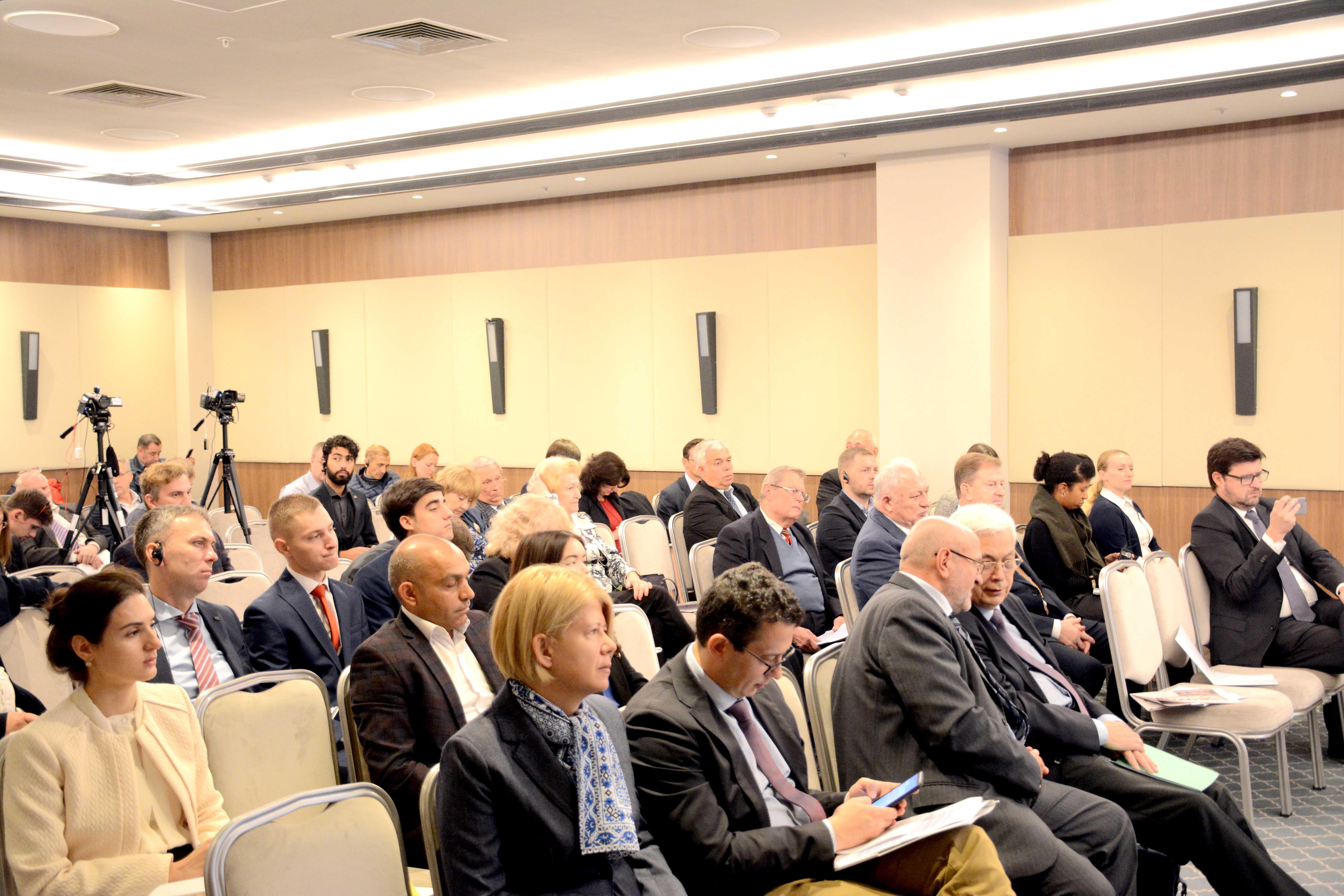 Moldovan-German relations are growing more and more, economically, socially and culturally. An example of this are the joint projects implemented in the Republic of Moldova with the support of the German authorities, but also the cultural events intended to develop co-operation between the two countries. One of those events took place recently, in October, which showed the development of the relationship between Germany and the Republic of Moldova in the social area.

Three organisations – the Institute for European Policies in Berlin, the Institute for European Policies and Reforms, and the Institute for Strategic Initiatives have developed a project which is in the second phase and which tries to create a neutral platform in order to ensure a better integration of ethnic communities in the Republic of Moldova.
Funda Tekin, Director, Institut für Europaische Politik, Berlin:
“The aim is to promote the civil society and also the inter-ethnic dialogue here in Moldova, so we are here today to discuss the challenges, the actors involved and the opportunities, and also which role the European Union could actually play”.

Iulian Groza, Executive Director, Institute for European Policies and Reforms, Chisinau:
“This project is to provide a platform for discussion for representatives of the civil society, and for ethnic groups from the Republic of Moldova, on the issues, but also opportunities, that we have within our relations with the European Union. We are a European-Union-associated country and we believe that the Republic of Moldova needs to have this dialogue.
Studies conducted last year, by the specialists from the Institute for Strategic Initiatives, showed that ethnic minorities in Moldova were not given sufficient help with being integrated into the linguistic and cultural environment of the majority. This has happened because of the lack of language-learning programmes.

Andrei Popov, Director of the Institute for Strategic Initiatives, Chisinau:
“To change the situation, the representatives of the national minorities must realise that their country is the Republic of Moldova and to live here means that they need to contribute, and learn the language. Without knowing the language properly, it is very hard to integrate fully into society, to be employed in public structures, or to communicate”.
During the next 10 months, the representatives of the project aim to provide support to ethnic groups and the civil society to achieve the objectives set-out in the strategy for strengthening inter-ethnic relationships and the action plan, including providing the opportunity to create an ethno-barometer in the Republic of Moldova.
Vladislav Kulminski, Executive Director, Institute for Strategic Initiatives, Chisinau:
“Ethnic communities in the Republic of Moldova should not be perceived as strangers, minorities or vestiges of the soviet past; minorities must be perceived as ethnic communities which have deep roots in the country and which are an integral part of the Republic of Moldova”.
Attending the event, the German Ambassador in Chisinau spoke about the ethnic diversity, a challenge faced by her country, stating that the migration of people to Germany has made the country more diverse.

Angela Ganninger, Ambassador of Germany in the Republic of Moldova:
“The project promotes a civil society and the freedom of media in Eastern Partnership countries and in Russia. How to achieve a meaningful dialogue between different groups and actors in a diverse society, on concrete issues, is a topic that has gained a lot of attention in other parts of Europe as well in recent years. There are different challenges in different places and in different settings”.
A positive example of the development of Moldovan-German relations in the cultural field is the German Unity Day concert which was held, for the first time, at the Organ Hall in Chisinau by the German Bundeswehr Veitshochheim/Wurzburg Military Orchestra. The German Military Orchestra came up with a very diverse musical programme (12 songs) which delighted spectators all over the world with the highest-quality military music.
Christine Gockel, Representative of the German Embassy in Chisinau:
“This event particularly aims to show how diverse German music can be, especially in the focus of the Armed Forces. We want to show the Moldovan people the diversity of our culture. A colleague of ours, who used to be in the German Armed Forces, had this lovely idea of inviting the orchestra here to Chisinau, because he is here at the moment and wanted to do something great and interesting for the Moldovan people”.

Liliana Corobca: “Every meeting with the German public is a joy, it involves a pleasant trip.”
More proof that Moldovan-German relations are constantly growing and developing is that writers from Moldova have won-over the German public. An example of this is the writer, Liliana Corobca, whose novels have been translated into German. She is from the Calarasi District, lives in Bucharest, and many of her book launches take place in Germany, the place where her novels enjoy resounding success.
Liliana is passionate about the research on communist censorship in Romania and, in general, about the communist past. ‘Kinderland’, ‘A Year in Paradise’, and ‘Censorship for Beginners’ are some of her novels which have been translated into German. Where did the passion for this language come from and why is Germany the place where most of her books are being published? You will find the answers in the interview below:

What does the German language mean to you? Where did you learn it?
German is the language in which my books are successful, the language in which I love to communicate. It was not my choice to study it, it was a compulsory subject to study at the Faculty of Letters at the State University from Moldova. I studied two years with Russian and Jewish teachers and, in Bucharest, I continued at the Goethe Institute. I then had many scholarships in Germany and I learned to speak German in Stuttgart, where I spent a year. I again attended courses.

Why are many of your novels translated specifically into German?
My first scholarship was in Germany at the Akademie Schloss Solitude, the most prestigious residency for artists from Europe. Each scholar had a sum of money for a project – in my case, to translate a book. This is how ‘A Year in Paradise’ appeared, translated by Ernest Wichner.

What motivates you to write for the German public too?
I don’t write for a public in general, I do not write because something motivates me. Writing is part of my being.

What do the Germans think about your books?
Surprisingly good. Chronicles have appeared in all major publications in Germany and Austria, I received a press file from the publishing house which surpassed my ‘Kinderland’ novel in length. I did not have the time, nor was my German good enough, to read them carefully, but a friend of mine, Michael Astner, went through the first chronic. I also had a promotion tour, with releases, interviews and meetings. The interest for the novel was shared with the German public’s desire to know more about the country from where I come and about which I write. In some chronicles, the authors do long incursions in the history of Moldova.

Which reader’s feedback was the most unusual?
The most exciting moment was at the Leipzig Book Fair in 2016 when the actress who read ‘Kinderland’ burst into tears in a crowded space and we all started to cry and wipe our eyes.

Which public is closer to you – from Germany, Romania or Moldova?
It depends on the moment. Every meeting with the German public is a joy, it involves a pleasant trip. In Moldova, many times, I do not feel like I have an audience, but Moldova offers me something else, more, and I think the audience will get closer with time. 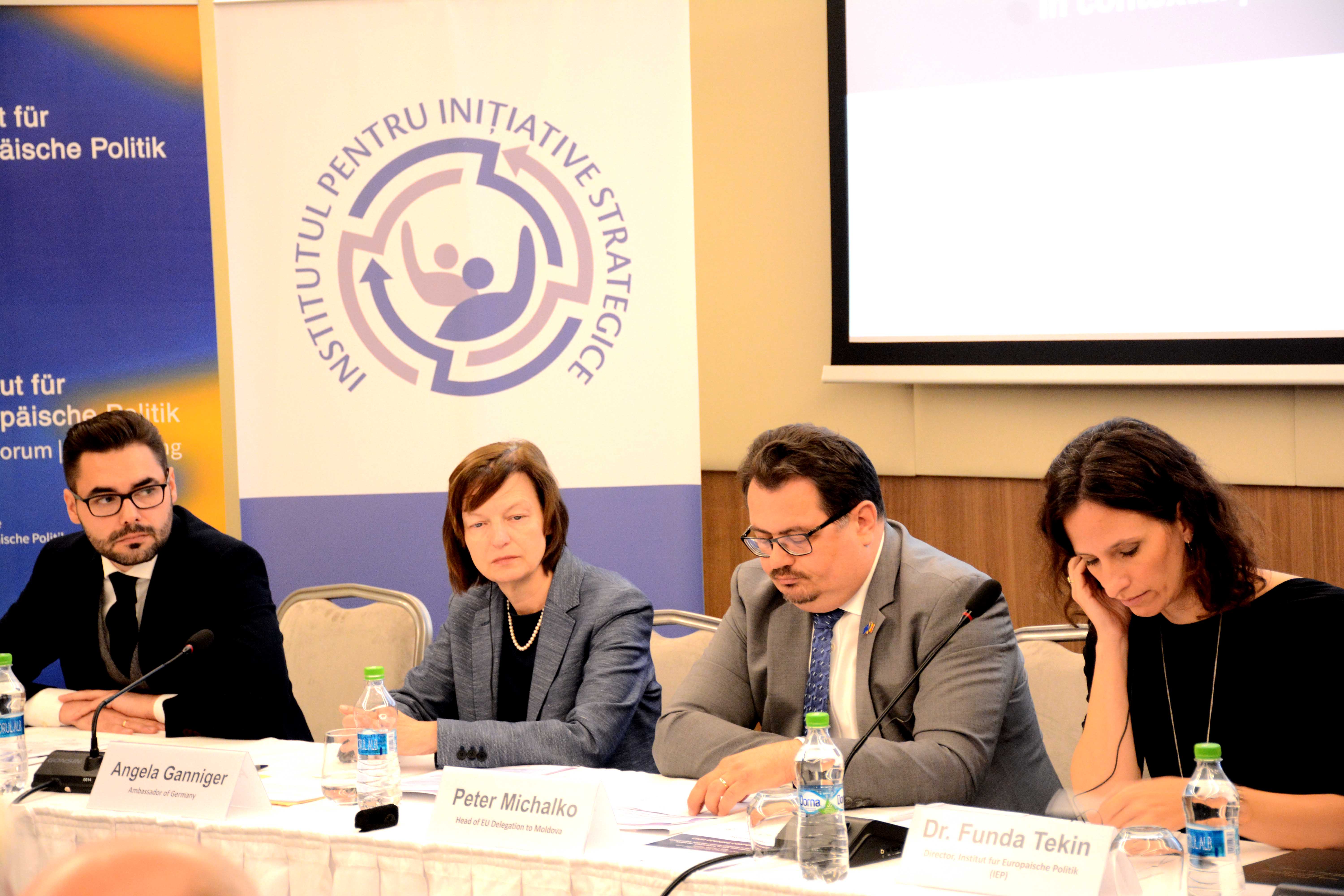 Conference about inter-ethnic dialogue, Chisinau (from the left to the right): Iulian Groza, Executive Director, Institute for European Policies and Reforms, Chisinau ;HE Angela Ganninger, Ambassador of the Germany in the Republic of Moldova; HE Peter Michalko, Ambassador of the European Union in the Republic of Moldova; Funda Tekin, Director, Institut Für Europäische Politik, Berlin 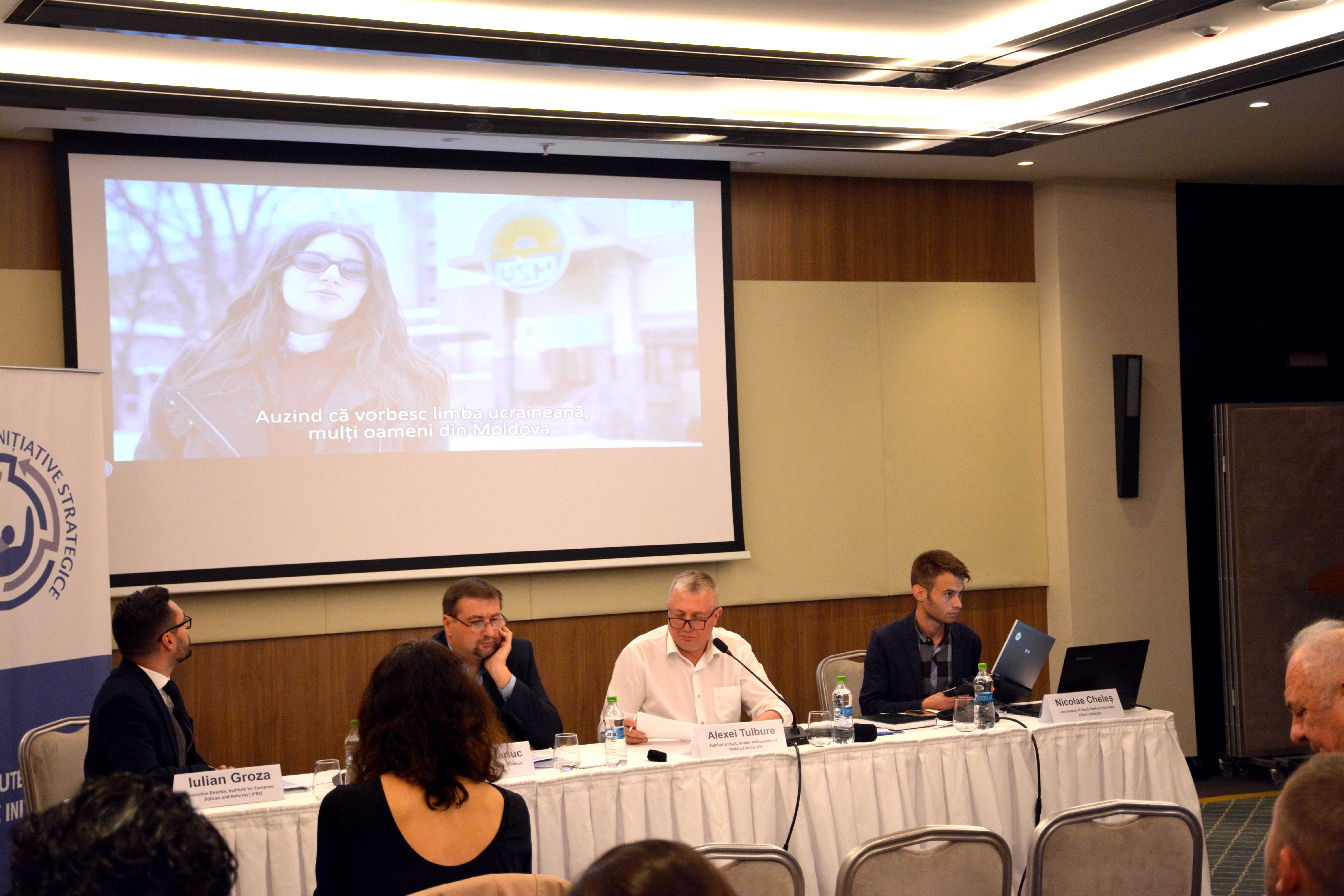 Conference about the inter-ethnic dialogue, Chisinau 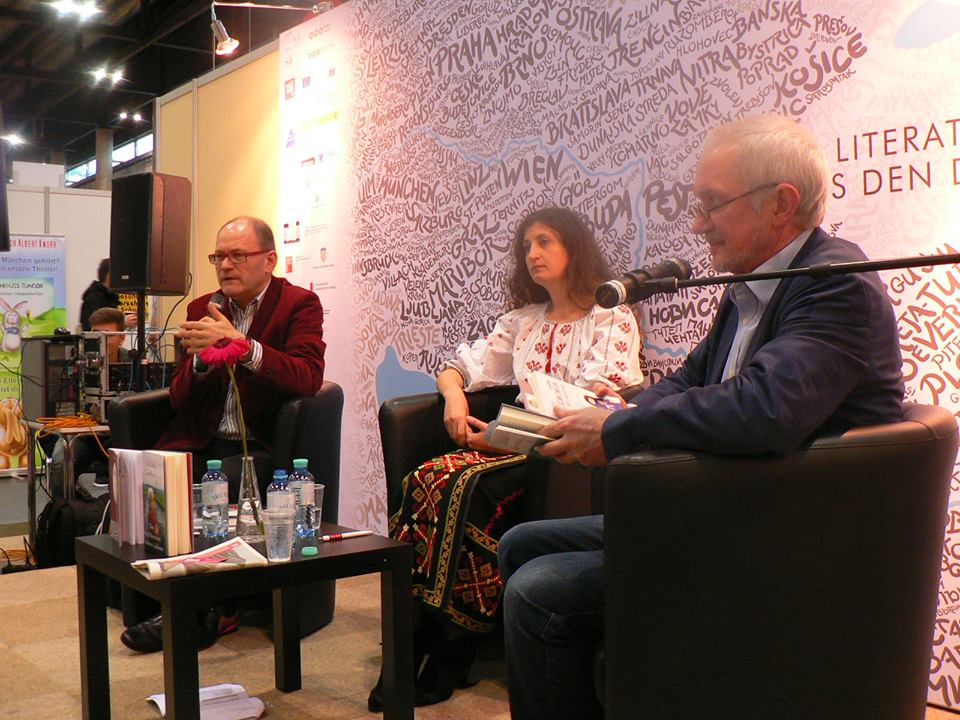 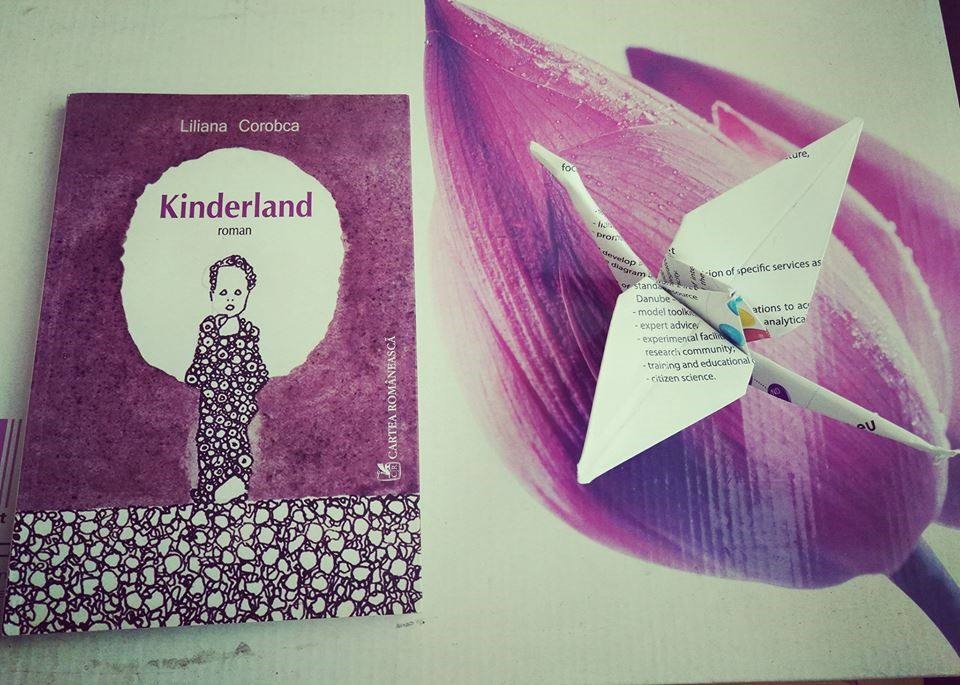 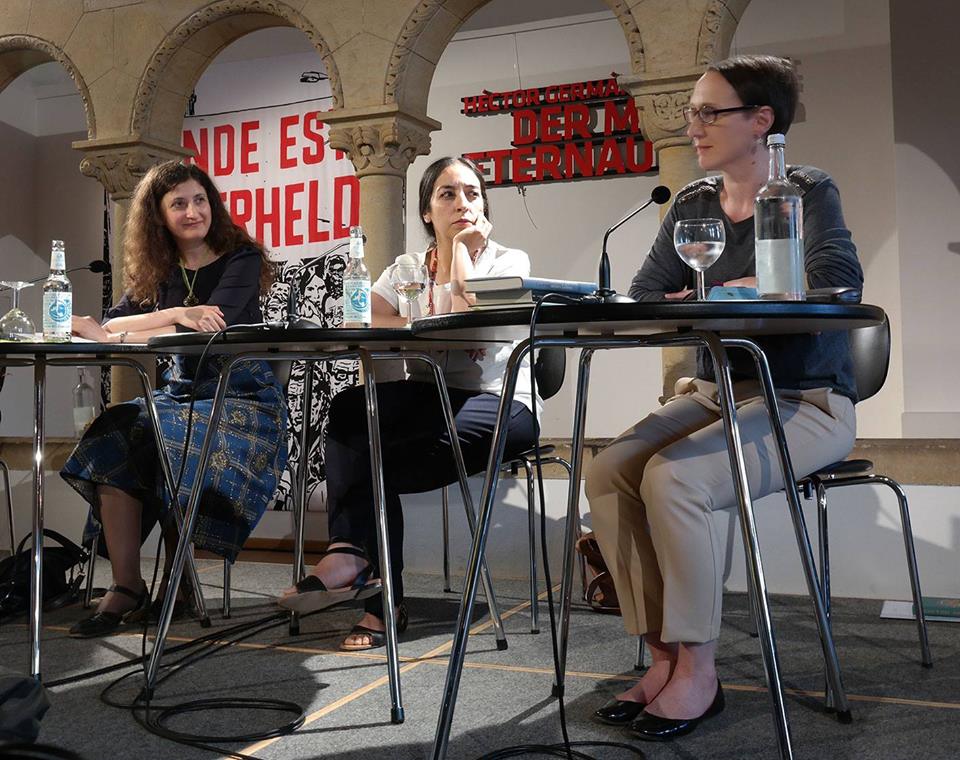 Liliana Corobca (left): I have a special relationship with German language… 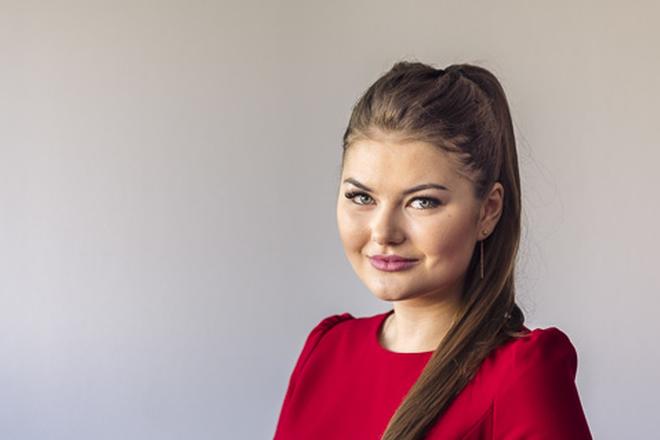 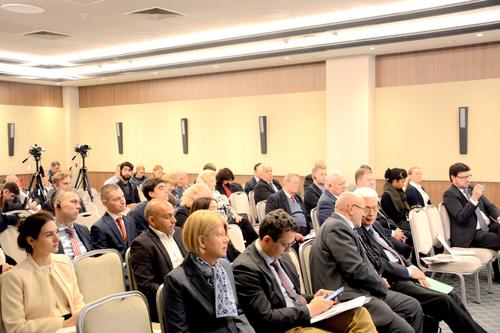 Moldovan-German relations are growing more and more, economically, socially and culturally. An example of this are the joint projects implemented in the Republic of Moldova with the support of the German authorities.
Read more