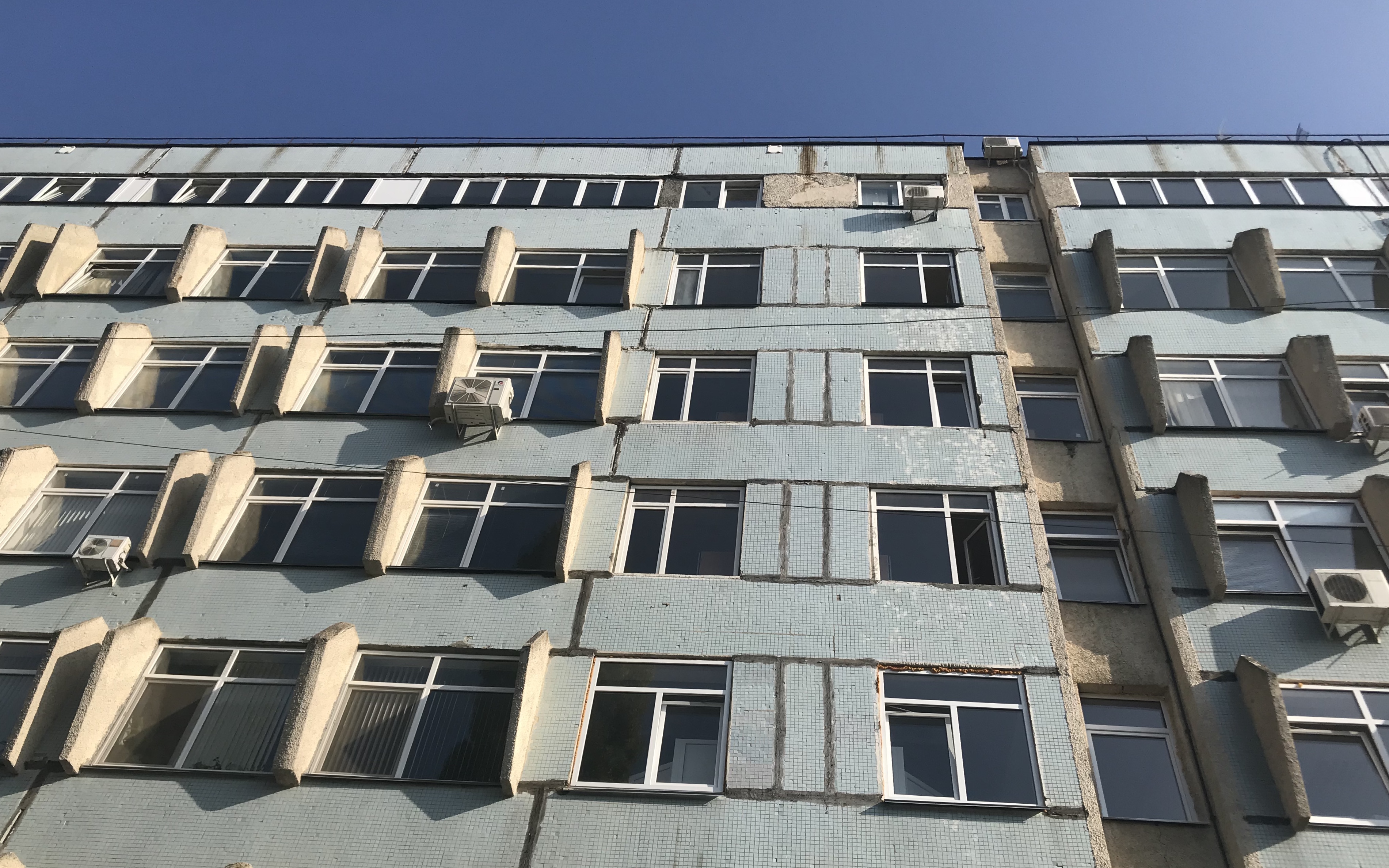 Moldova’s economic situation is complicated. An advanced digital infrastructure faces corruption and emigration. Hope rests on the shoulders of the IT sector and the awakening of an entrepreneurial spirit. Can they lead the country into a brighter economic future?

When arriving at the small airport in Moldova’s capital, Chișinău, one of the first things to meet the eye are the huge ads for cheap and fast mobile data and home internet connection. A combined offer for internet, TV and mobile data with 300 Mbps costs around 5 euros per month. In Moldova, 90 percent of its population have access to high-speed internet as the Gigabit Monitor shows – numbers that Germany and many other European countries can only dream of!

Vladimir Cuc is Head of Unit of the Ministry of Foreign Affairs and European Integration of the Republic of Moldova. According to him, “broadband internet and, in future, 5G technology, as well as general improvements in the access to digital technology and its modernisation, is one of the biggest priorities for the country”. When asked which advice Moldovans could give to Germany concerning digital improvements, Cuc answers: “Invest and develop, but also look where you can build new partnerships abroad. For example, such as Moldova, because we have a growing trend with IT specialists”.

Not only a hub, but an open-source platform

One of those buzzing places for IT specialists and entrepreneurs is Tekwill. The office space is a private public partnership, implemented by the Moldovan Association of ICT Companies and the Technical University of Moldova, and financed with the help of the United States Agency for International Development, and the Government of Sweden. It is home to many new aspiring businesses and, as Maria Nemciuc, a young woman working at Tekwill, states “it is not only a hub, but an open-source platform where the industry can be more innovative”. The name itself shows the strong belief that the economic future of Moldova lays in modern technologies – ‘Tek’ for technology and ‘will’ for the future.

Located at the last station of the trolleybus number 10 and surrounded by tall buildings which are reminiscent of the Soviet Union, Tekwill was opened in March 2017. Around 130 start-ups are supported with different programmes at Tekwill and the number of people benefitting from several educational initiatives is, at more than 35,000, even higher. The range of these programmes and initiatives is very diverse. While some benefit from Tekwill Travellers, a programme that supports entrepreneurs with tickets and travel expenses to conferences abroad, others take part in networking events or special academy courses. The building itself also offers everything an aspiring IT business could dream of: a 3D-printer, Internet of Things, a cross-platform test room and lots of co-working spaces. To get the real start-up feeling, people can also enjoy yoga classes or play squash.

In the recent report entitled ‘Start-ups in Moldova’ of May 2019, 20 start-ups were interviewed about their needs and challenges. While most interviewees wished for more mentorship and knowledge exchange, they emphasised how helpful the Tekwill events were, especially ‘Tech Village’. The three-day event took place in a closed environment and helped entrepreneurs to connect undisturbed with investors. According to Nemciuc, not only the start-ups were excited: “The investors who came to ‘Tech Village’ are not only interested in start-ups, but also in Moldova as a market. They want to add their value, because we have real potential and opportunities”.

Looking at Moldova, a lot is happening in the IT sector and the start-up scene at the moment. However, most of it is centralised in Chișinău. This is why Tekwill’s next plan is to expand into Moldova’s rural areas, as Tekwill’s Marketing Officer, Stefan Nistor, explains: “If everyone comes to Chișinău, it means the other regions of Moldova remain under-developed. We plan to develop points in other cities so that they can build up their own ecosystem”.

When asked whether Tekwill and its plans could help to interest some Moldovans living abroad to return home, Nistor states that this is not the main goal: “We need passion from abroad more than physical presence. If people work abroad, they have their own communities there and can promote Moldova”. Instead of bringing emigrated people back, he wants to prevent people from going abroad in the first place: “People can find lots of inspiration and challenges here. They leave because of the lack of financial freedom. If we can provide this with our projects for the next generation, the emigration problem will be solved”.

In Chișinău’s centre, the public institution, ODIMM, wants to help the economy through the creation of jobs. When launched in 2007, ODIMM focused on the implementation of start-ups, as businesses were needed at that time. ODIMM has supported a few thousand start-ups in the last six years, and the concept is now going to be adjusted as general director, Iulia Costin, explains: “We are going to maintain our current programmes but, additionally, we will support the transfer of technology, innovation and cluster development”. These current programs focus on different groups of society, such as women, the youth and migrants – they have been well received and have led to 6000 new jobs.

The job market situation is still challenging though. While many citizens seek employment abroad, companies in Moldova have difficulties finding a qualified workforce. Apart from financial support, Costin emphasises the important role of education: “Dual education could really help to save companies and the economy in general. Young people who are not working can be involved in education and companies”. Professional schools, which started a GIZ programme supported by Germany and implemented a dual system, had good results and help to tackle the question of how to involve the youth in the economy.

In addition to possible partnerships on an educational level, Moldova has developed a trade partnership with the European Union. Since July 2016, the Association Agreement has been in full effect and guarantees free trade between the two markets, making the EU the biggest trade partner. Costin is aware of the advantages and views Moldova optimistically, saying that it just needs some more time: “We have a lot of opportunities but, at the moment, we are not ready to profit fully from the agreements. We need to implement the EU standards, not only because we need them for export, but also for our local population which also wants good quality products”. However, adapting the EU standards takes time, effort and needs investment which means costs. Whilst they are felt right away, the positive outcomes only become evident in the future. This is why ODIMM now also focuses on export readiness: “We pay attention to companies who are ready, or want to export, and support them through all the procedures”.

One matter that is truly dear to Costin is to help women find their entrepreneurial spirit.  ODIMM’s programme entitled ‘Women in Business’ helps women especially from rural parts of the country. “We have a huge undiscovered potential there. 240 women with different ideas from various rural areas received a grant, and each idea is linked to the place where the women live – that is why this programme is so attractive”, says Costin. Another crucial part is to enable women to profit from the good internet infrastructure: “Unfortunately, some women don’t have the skills to navigate through the internet. We want to show them that it is not complicated to connect with others”. In order to accomplish this goal, there are a number of initiatives and Costin plans videos to help the learning process.

In general, one of ODIMM’s biggest goals is to involve women and the youth in the economy. When it comes to the future, Costin is confident: “Our young generation is very smart, educated and creative”.

One of Moldova’s talented young women is Daniela Botnariuc. She works for ‘dream-ups’, a non-governmental organisation which helps entrepreneurs to launch their own businesses. According to her, it is important to incorporate international knowledge into the local market: “It is like fresh-air for our start-up ecosystem. It gives our start-ups access to new markets and the opportunity to interact with open-minded people, which is something that we are lacking in Moldova”. In order to awaken the entrepreneurial spirit, ‘dream-ups’, which was launched in 2016, organises many events and encourages its members to network in order to build fruitful collaborations, both in and outside Moldova.

However, even though lots of events take place and efforts are made to find new mentors, the scene is also challenged by emigration. “Romania, for example, has venture capital firms, a bigger market to which to sell your products and services, as well as access to more mentors and investors”, explains Botnariuc. This is one reason why some Moldovan start-ups have already left the country and are now based in the UK or America. As an example, Botnariuc mentions Planable, which is a tool to improve social media content: “They are Moldovan founders who ended up going away because Romania gave them the opportunity to grow much faster. Later on, they moved to London where they got backing from Techstars, which was also their first round of investment. Now they are a profitable start-up”. The business is still based in Bucharest, but a tech team is located in Chișinău.

Born and raised in Moldova, Botnariuc herself studied brand management and marketing in the UK and worked for some time in London. After six years, she decided to return to her home country to make an impact: “It is a process and a matter of patience. When you help somebody to grow a sustainable and scalable business, it is not going to happen overnight, it takes time.”

The same probably applies to Moldova. The challenges the small country between Romania and Ukraine has to face will not disappear overnight and so patience is needed now. It will certainly take some time until the market is established at an international level. Recent political events, such as the step-down of the parliament that was elected in June to fight corruption, are a set-back. However, the potential is still there and especially Moldova’s dedicated people, like Stefan Nistor, Maria Nemciuc, Iulia Costin and Daniela Botnariuc, are a reason to believe in a brighter future. 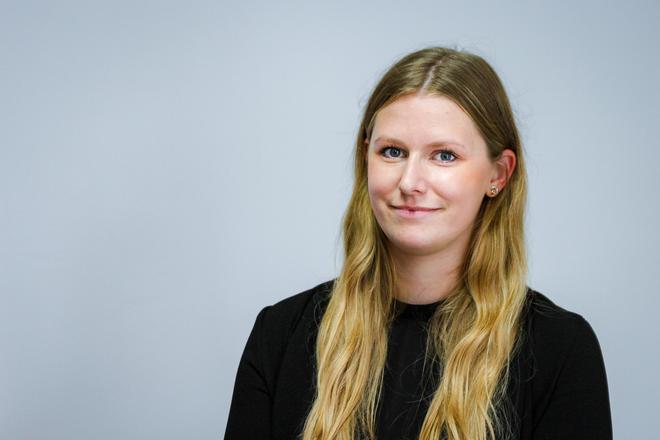 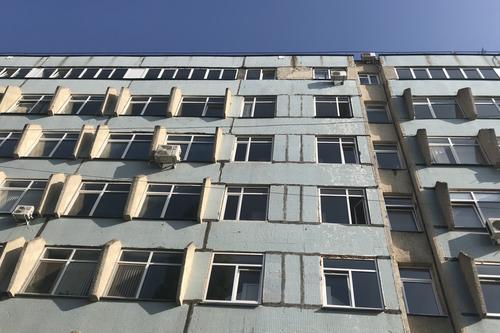 Moldova’s economic situation is complicated. An advanced digital infrastructure faces corruption and emigration. Hope rests on the shoulders of the IT sector and the awakening of an entrepreneurial spirit. Can they lead the country into a brighter economic future?
Read more