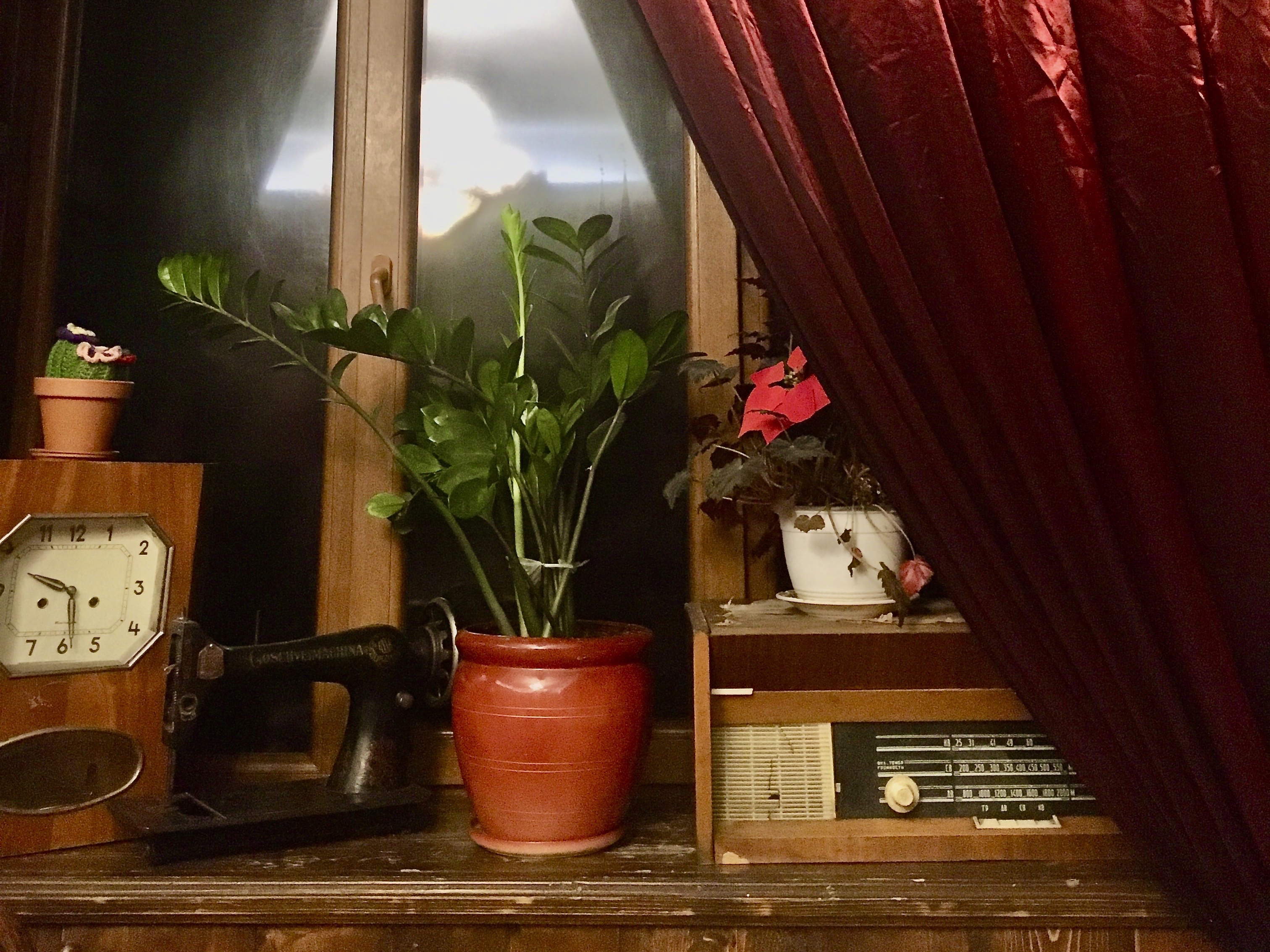 Nadia* is sitting in a café in a shopping centre outside of Chisinau. The new building complex overshadows the grey concrete block panel houses on the other side of the street. They consist of little apartments, stacked upon each other with balconies full of laundry and crumbling facades. Nadia lives in one of those apartments. Every morning she wakes up and walks across the street to the shopping centre, where she works for a phone company. Nadia is 25 years old, she speaks German with a slight Austrian accent and smiles a lot. She has been studying at the University of Vienna for three years. “It was like a challenge for me to be accepted into that university”, she remembers. “Especially since my passport documents are pretty much worthless anywhere in the world”. The passport Nadia holds is from Transnistria – a region which is not recognised by any UN member state and legally does not even exist. Transnistria has its own passports, university degrees, currency, flag, legal system and football team. However, outside its borders none of those things have any meaning.

Officially, Tiraspol, the city where she grew up, is still a part of Moldova but, in 1991, just before the end of the Soviet Union, the Transnistria region declared its independency. Nadia was born in 1993. She did not experience Soviet rule or the conflict that followed its decline. Today, Transnistria is majorly influenced by Russia, even though they also do not recognise its independence. The spoken language is Russian. Pensioners receive their pension from Russia. There is cheap Russian gas heating Transnistrians’ homes, Russian programmes on TV and Russian so-called peace troops guard the streets. “We were part of the Russian world”, Nadia remembers. “We would get Russian advertisements on the internet and the people on TV talked about how great it would be to become a part of Russia one day”.

To most people outside of Moldova, Transnistria is a mysterious place. Adventurous travellers go there to discover the feeling of an unrecognised country, to see the troops, the coins of the Transnistrian currency which look like poker-chips and the Soviet monuments that remain all over the city of Tiraspol. Nadia knows those travellers. After moving back home from Austria, she found a job assisting Andrej – the owner of a travel agency who shows Transnistria to tourists from all over the world. Andrej shows them the sights of his home country and tells its history – from the Transnistrian people’s perspective. “The people from Moldova and Transnistria have their own versions of what happened back then”, Nadia explains to me. “What I learned in school was that Transnistria declared its independence because Moldova wanted to leave the Soviet Union to join Romania – making Romanian the only official language – whilst the people in Transnistria wanted to remain a part of the Soviet Union and have both Russian and Moldavian as official languages”. Growing up, Nadia frequently visited Moldova, but she never had the urge to see anything else but a shopping centre and her dentist’s practice. “However, the people in Moldova are not interested in Transnistria, either”, she explains. “They don’t learn anything about it in school and they don’t see any reason to go to there”.

For Nadia, all of that changed when she met her boyfriend in a hostel in Moldova on a work trip for Andrej. When she invited him for a visit, he was sceptical. “He thought it was very dangerous to go to Transnistria; when he arrived he called his friends to make sure they would come and look for him if he didn’t come back”, she remembers, laughing. For her, Transnistria is a safe place – even though it is ruled by one company. ‘Sheriff’ started with the region’s first supermarket chain which then evolved into an empire of petrol stations, hotels, casinos and a mobile network in which calls to Moldova are priced significantly higher than calls to Canada. The main reason for Nadia leaving her country was that she could not find the job she wanted. Leaving the country is a common plan for many young people in Transnistria. Half of its population has left the region since it declared its independency. “I don’t think that many young people think about the future of Transnistria, because all they want to do is leave as soon as they can”, Nadia says.

Whilst emigration from Moldova is also very high, Nadia is not planning to leave Chisinau anytime soon. “I have really found a good life here”, she tells me. She remembers when she tried to explain her home country to her new classmates in Austria. As not a lot of people know about Transnistria, she used to tell them that she is from Moldova. “Because of our patriotic propaganda in Transnistria, that was very strange for me”, she remembers. Growing up, she considered herself a part of the ethnic mosaic of Transnistria, living the culture and customs of her Ukrainian mother. “There is no national identity in Transnistria, we all respect our own nationalities: We are Russian, Ukrainian, Moldavian and Bulgarian”, Nadia says. During the past two years living in Moldova, she has been learning a new language, tasting the local dishes for the first time, and making new friends. “For me, moving to Moldova was like moving to another country. I didn’t know much about the history, the language or the traditions”. Nadia still wishes for Transnistria to become a recognised and self-sustainable country – mainly for her Russian-speaking relatives who still live there. In the future, she would like to start a business in Europe. “When I go there, I would like to tell people that I am from Transnistria without having to explain anything”.

* name has been changed 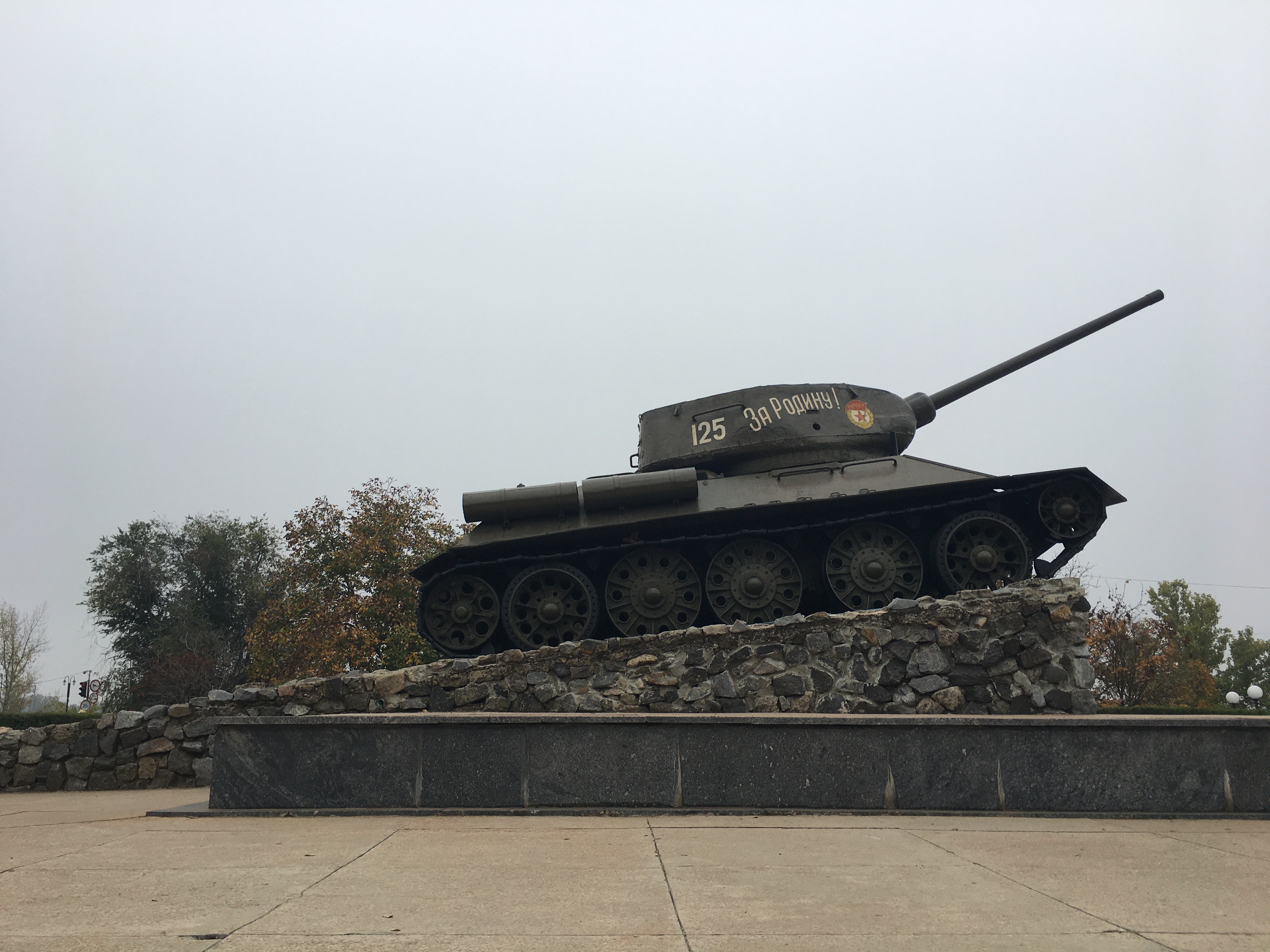 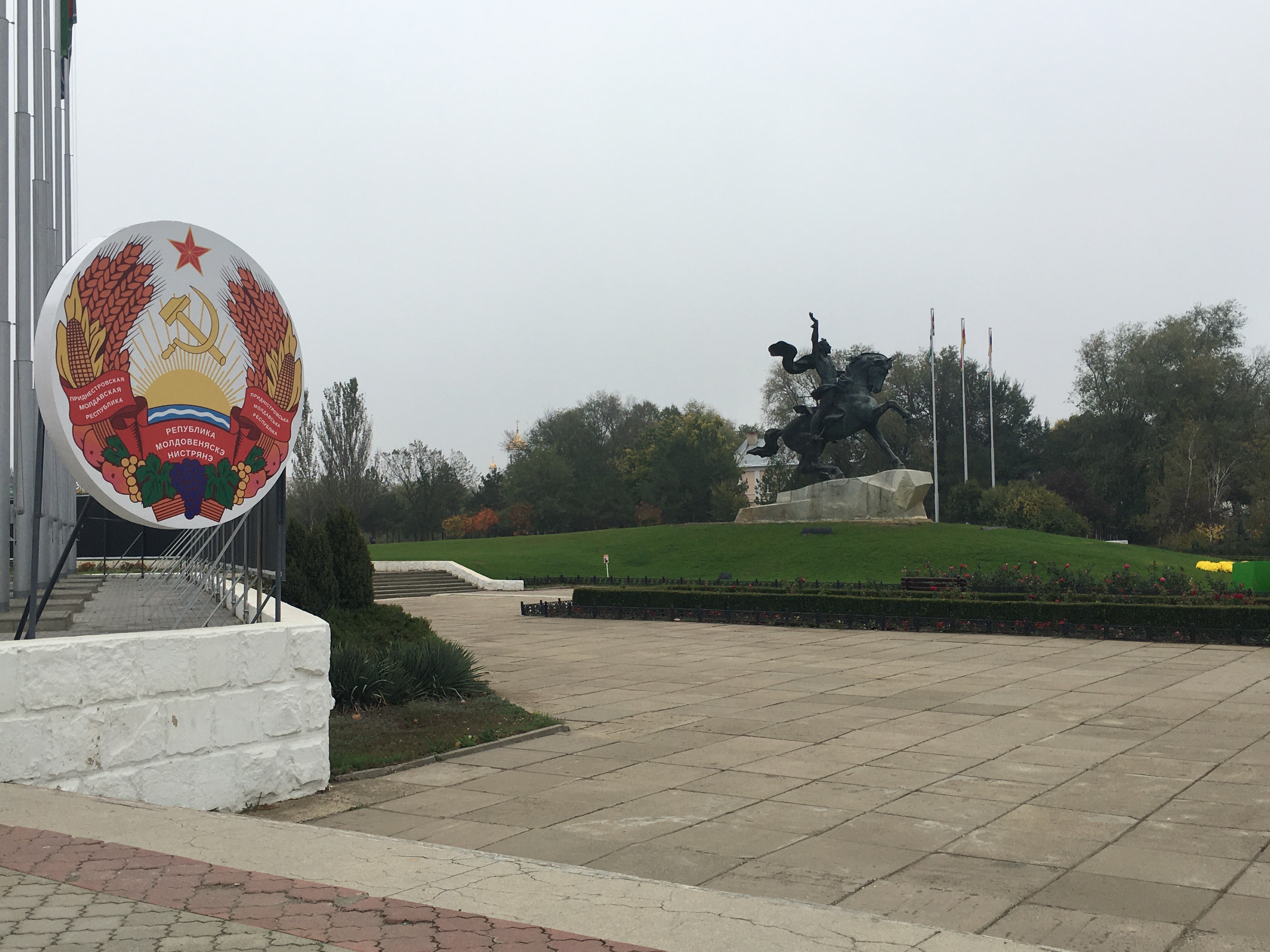 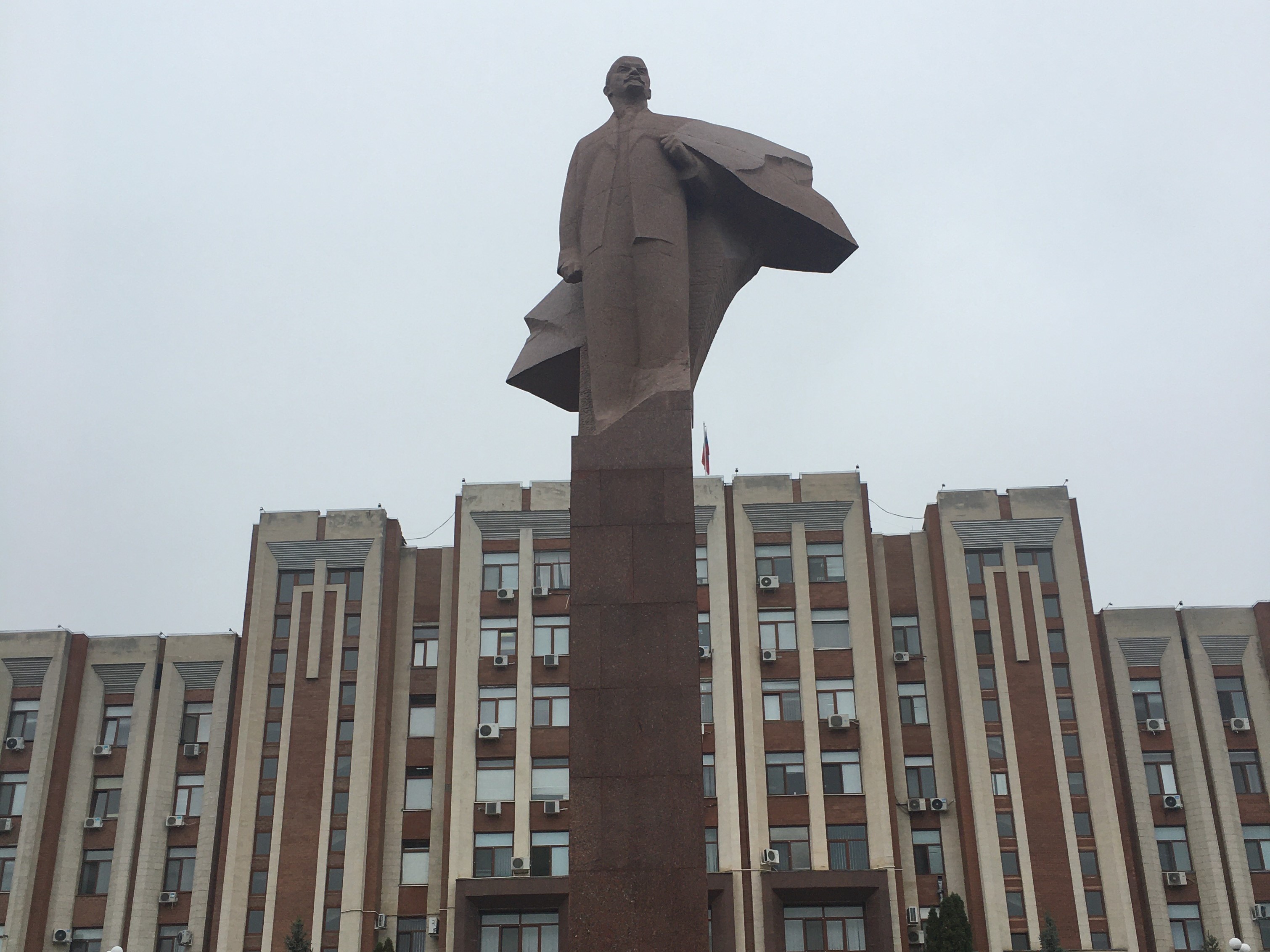 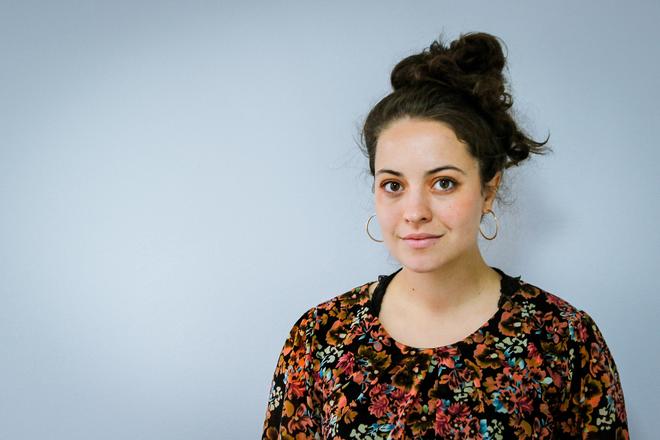 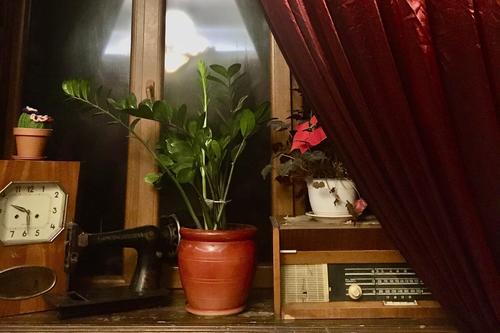 The city Nadia grew up in is officially a part of Moldova, yet moving from Tiraspol to Chisinau felt like moving to another country to her. A conversation about growing up in Transnistria, leaving home, and the difficulties of explaining the history of a country that officially does not exist
Read more