German-Moldovan cooperation in media, or… what is the difference? 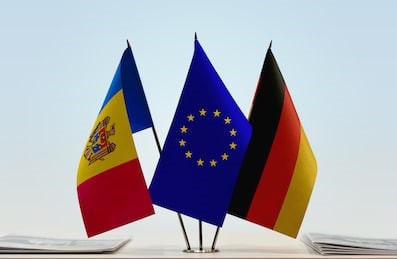 This autumn a group of German and Moldovan journalists got the opportunity to experience each other’s workflow and gain knowledges about cooperation between two countries. One of the important topics, discussed during the project, was the difference and similarities in journalistic workflow and the path of becoming a journalist in each country.

Study visits took place within the framework of the German-Moldovan project “Europe in sight - German-Moldovan journalist network goes online!”. The project’s purpose was to promote cooperation between Germany and Republic of Moldova and to create a network of journalists from both countries. Thus, the project participants had the possibility not only to get deeper understanding of cooperation between those two counties, but also learn about their colleague’s working methods and problems affecting journalist work nowadays.
One of the important topics discussed during the project, was the differences and similarities in journalistic workflow and path of becoming a journalist in each country.
In order to get a job in media companies, most of the Moldovan journalists decide to pursue higher education in Journalism. For German people, getting courses in Journalism is not on top of their agenda in order to get a reporter or editor job in a media company.

Janina Semenova, a freelance multimedia journalist from Germany, says that it’s not a common practice that German journalists getting their degree in according to the specialty they have: “I started my career as a journalist with studying journalism which is quite untypical in Germany. But I did a so called “Volontariat” (journalistic apprenticeship) that is usual step in becoming a journalist in Germany. Most people apply for it after their studies (either bachelors or masters)”.

Such an approach to the studies in journalism appeared in Germany due to changes in hiring policy of media companies and introduction of information technologies in media processes. In recent years, media outlets have been offering contracts for a short period of time or for a certain amount of work, and do not hire permanent reporters.
“It's hard to find a job with a fixed contract. Many media companies offer contracts for only a year. Also, it's hard to get a well-paid job nowadays. All in all: It's easier to work as a freelancer”, says Iljia Reguer, reporter at German local newspaper “Mindener Tageblatt”, based in Minden, North Rhine-Westphalia.
Journalism in Moldova, however, is very different. A lot of media companies are in permanent search of qualified journalists.

“Sadly, it’s too easy to become a journalist in Moldova right now and the reason is a serious brain-drain that the country is suffering from right now. Nearly all media outlets across the country and in the capital are in need of more people in the pressroom, to cover for those that left already. And many have left, not only the media industry, but also the country”, that’s how Felicia Crețu, news reporter for a local TV station TV8, explains situation of the local media in Moldova.
She also mentions that Moldovan media experiences the lack of credibility from the audience they have. A large number of fake news and media holdings affiliated to the certain political parties create a ground for misinforming the audience: “According to a recent study conducted in august 2018 by a media NGO in Moldova (Center of Independent Journalism), almost 40% of those interviewed replied that they don’t trust the media, no matter what format it comes in. However, the biggest problem is concerning the whole media landscape in Moldova as a whole. Most of the outlets belong to certain holdings that are politically affiliated. Independent media outlets are in minority and have a hard time surviving and attracting an audience, with inferior financial resources than the politically-supported sources.” says Felicia.

The situation of German media seems to be more confident. In time of fake news German public becomes more selective, don’t trust social media and rely on the traditional news channels. Janina says: “Scientific surveys show a bigger trust in German media than anyone would expect by hearing the slogans on far-right demonstrations. But I think we have to be aware of the importance of trust and work more on deserving it, for example by explaining our work in a more transparent way.”

Such a difference in audience credibility in media outlets is justified by the presence of independent media in the country. German media does not experience wide influence from political divisions and government organizations, at the same time Moldovan media market is packed with the press, television and news portals, driven by one or another political movement.

Mihai Avasiloaie, reporter for Moldovan independent news portal Agora.md, describe the status of Moldovan media as following: “Being an independent journalist is not an easy job in Moldova, because the level of freedom in Moldovan media is low. The main problem is that the media is influenced by political interests. Therefore, many of our journalists need to fight the temptation of joining a political influenced media outlet that offers them a higher salary”.

According to Ilja Regier, German media has much more power on political decisions taken in the country: “It's unbelievable that many of Moldovan journalists have no power. They write critical articles which are ignored by politicians. They write about scandals which do not interest anyone. German journalists have more power. We can still exert pressure and overthrow politicians”.

But despite of multiple differences in actual position of the media in each country, interaction with politicians and audience trust, journalists from both countries has the same purpose and dealing with very similar problems nowadays.
The main aim of journalistic work is to provide citizens with the information they need to make the best possible decisions about their lives, their communities, their societies, and their governments. 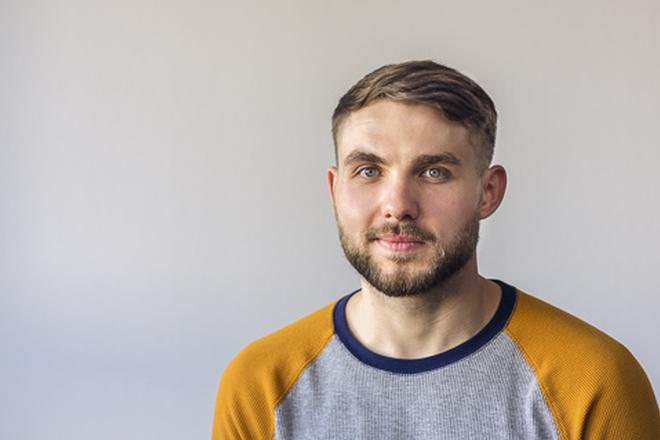 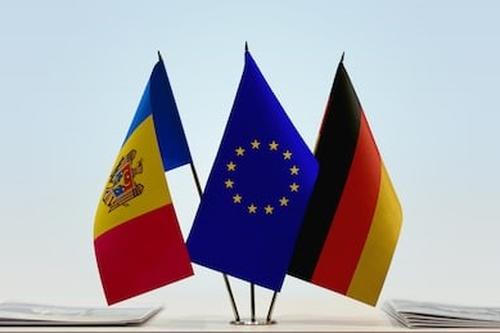 German-Moldovan cooperation in media, or… what is the difference?

This autumn a group of German and Moldovan journalists got the opportunity to experience each other’s workflow and gain knowledges about cooperation between two countries.
Read more