Food Allergies – how tricky can it be? 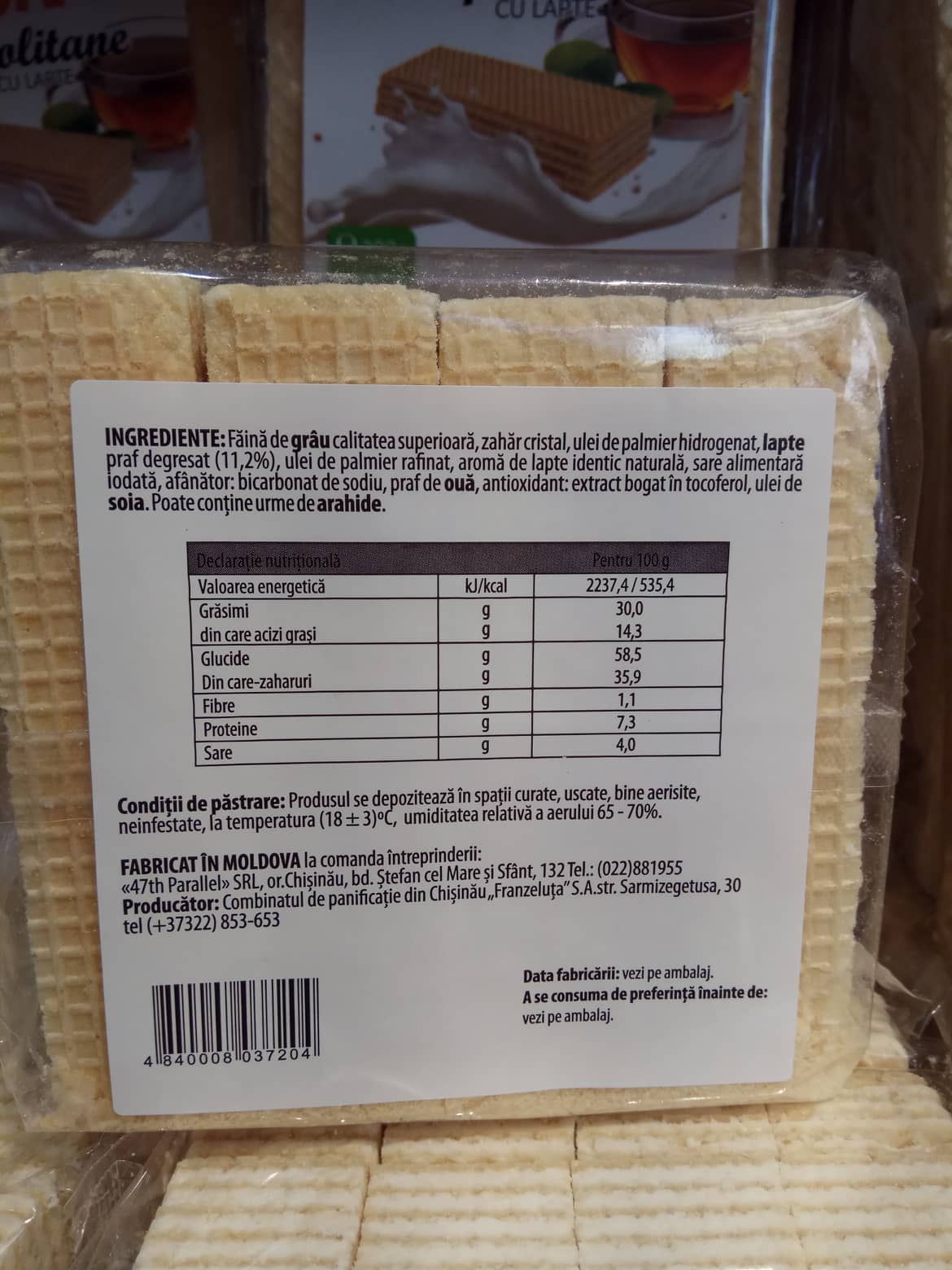 To be allergic means to be bookish and choosey

Every conscious consumer, especially those who experience food allergies, is familiar with the situation of reading at food-shelves in the markets and choosing the foods that meet the necessary criteria. It can become tricky and tiring if the font used for labelling is too small and unclear. Moreover, in the case of allergens – it is tricky when they are not mentioned or if their presence is not highlighted.

Furthermore, people with allergies should be offered information on the whole product which can contain an allergen. For example, milk contains lactose, and wheat, rye or barley – gluten. Lactose and gluten are two well-known allergens. When seeing wheat on the list of ingredients, the buyer should know the associated allergen.

To make labels easier to read, especially for people with allergies, as in Moldova and Germany, regulations exist concerning information to consumers on foodstuffs.

Comparing both regulations – No. 1169/2011 of the European Parliament and of the Council, from 25th October 2011 for products on the German market, and No. 279 of the Parliament of the Republic of Moldova, from 12th December 2017, the almost complete similarities in the both requirements was identified.

As well as in the EU regulations, in the Moldovan one, it is mentioned that allergens from the attached list, which has 14 thereof, should be highlighted in a document or list, thereby clearly distinguishing it from the rest of the list of ingredients, for example, by the font, the font-style or the background colour.

Facing the truth in the markets

Most food products in Moldovan markets are properly labelled and do respect the regulations on food allergens. However, as was mentioned before, some of them accentuate the allergy-inducing ingredient (wheat flour, milk or whey) with a different font, but not the allergen itself (gluten or lactose). The Moldovan allergic individual therefore needs to be very well informed.

Another problem is bread which is prepared in stores, and ready-to-go. As this kind of bread has no labelling, it is up to the store to attach the list of ingredients to the shelves. As can be seen in the Moldovan markets, this list features a very small font and no allergen list can be found with it.

A completely different situation can be observed in German markets. Every kind of bread has a notice attached as regards the allergens it contains, and the big board with the bread descriptions is fixed next to the shelves.

The same fast-food restaurants are different

From December 2014, all European countries’ food businesses, including restaurants, cafés and fast-food outlets have had to obey the Food Standard Agency’s technical guidance on the allergen provisions within the EU Food Information for Consumers Regulation (No.1169/2011) (EU FIC) and Food Information Regulations 2014. According to these regulations, they must provide information on the allergenic ingredients used in the food sold or provided by them.

In the Republic of Moldova, these regulations do not exist and the food businesses are not forced to declare the allergens on their menu, or on the boards inside.

Pretending to have a severe allergy to gluten, lactose and sesame, I checked different fast-food restaurants in both the Republic of Moldova and Germany.

“You can choose food without allergens by yourself. Our cook does not have the description of the prepared food. I will tell you what you can choose”, answered Ion, the waiter from one of the most popular fast-food restaurants in Moldova.

“Allergens? We have products here, on the board. You can order anything you want. Without sesame, we have several options. However, we do not have their description”, said Anna, a worker at one of the worldwide largest fast-food restaurants.

In Berlin, in the same restaurant chain as Anna, the board showing the allergens, and the products which contain them, could be seen in the most visible place in the restaurant.

Other fast-food restaurants in Berlin had the allergens listed on their menus and the complete and detailed description of the food at the reception. On the back of the paper from the tray, there was the same list, with all the allergens noted. On the same paper in Moldova, the only mention was the nutritional description, without any mention of the allergens.

Allergic misinformation can be dangerous

I asked Victoria Brocovschii, MD, PhD in pneumology and allergology at the State University of Medicine and Pharmacy ‘Nicolae Testemițanu’, Chisinau, Moldova about the importance of properly-labelled food for a population with allergies:

“First of all, I want to mention that food allergies are a big problem especially for the paediatric population. Children are more allergic to food than adults. It is very important to know what we consume, because the first step in allergic treatment is allergen avoidance.

The European legislation requires the labelling of food with the 14 major allergens, including food with only traces of these allergens. ‘Traces’ means from 10 mg/l, which can be found in one product; in other words, the cross-contamination of food. These allergens must be mentioned in bold on the label.

The same for the restaurants – the list of the major food allergens should be mentioned on the menu. The severe, immunoglobulin E-mediated reactions can occur anywhere. In this case, we mean the anaphylactic shock or anaphylactic reactions as urticarial or angioedema. These are quick reactions which can last from several minutes to an hour.

Some European restaurants have medication for these reactions on their premises. I mean a pen filled with adrenalin for emergencies, for example. However, the patients who know their potential for severe anaphylactic reactions must follow the doctor’s recommendations and have this medication with them”.

Worldwide, over 220 million people suffer from some form of food allergy. According to the data of the European Academy of Allergy Diseases Immunology (EAADI), the prevalence of food allergies has doubled in the last ten years and, at a European level, the number of people suffering from a food allergy now exceeds 17 million. 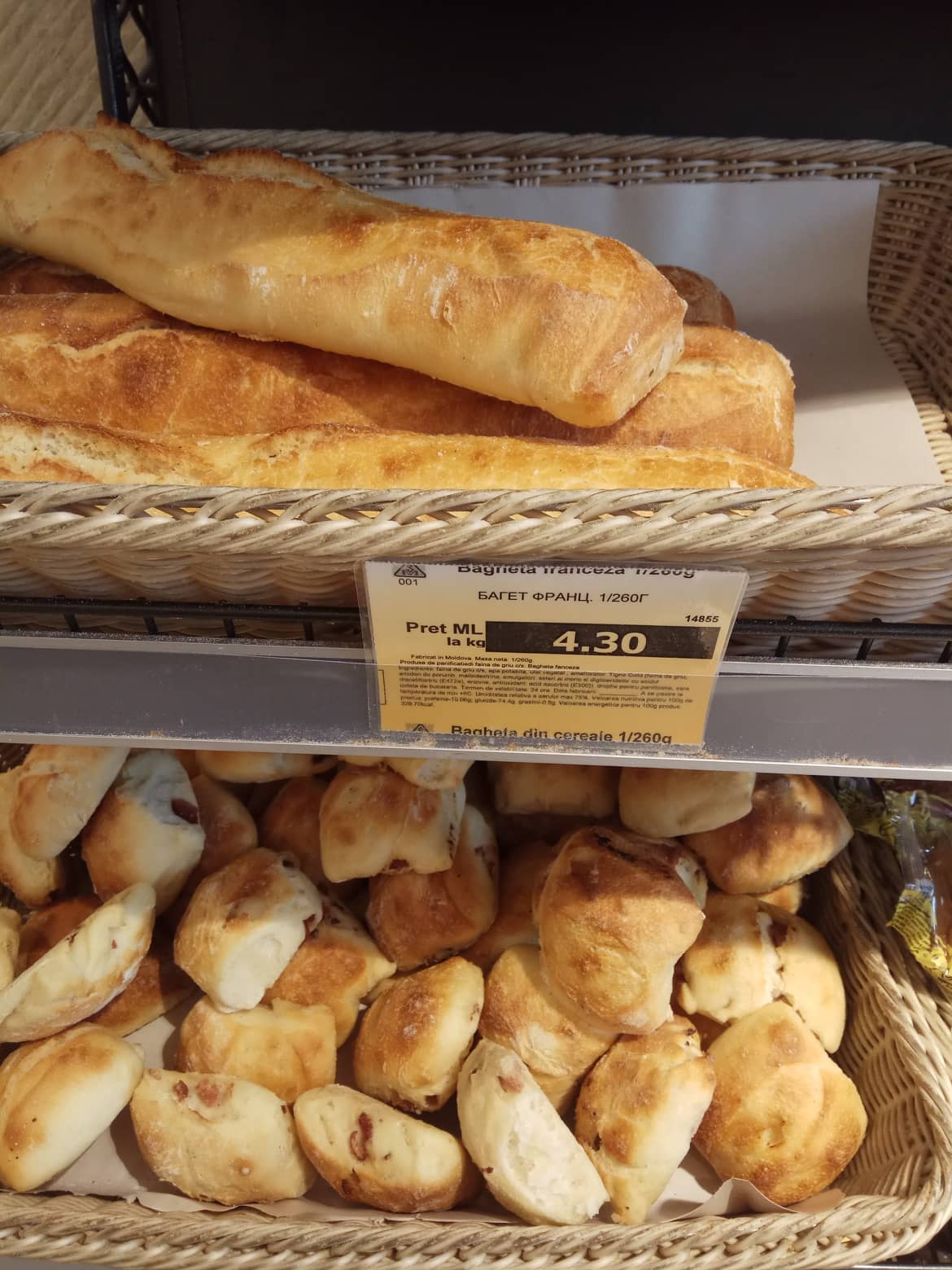 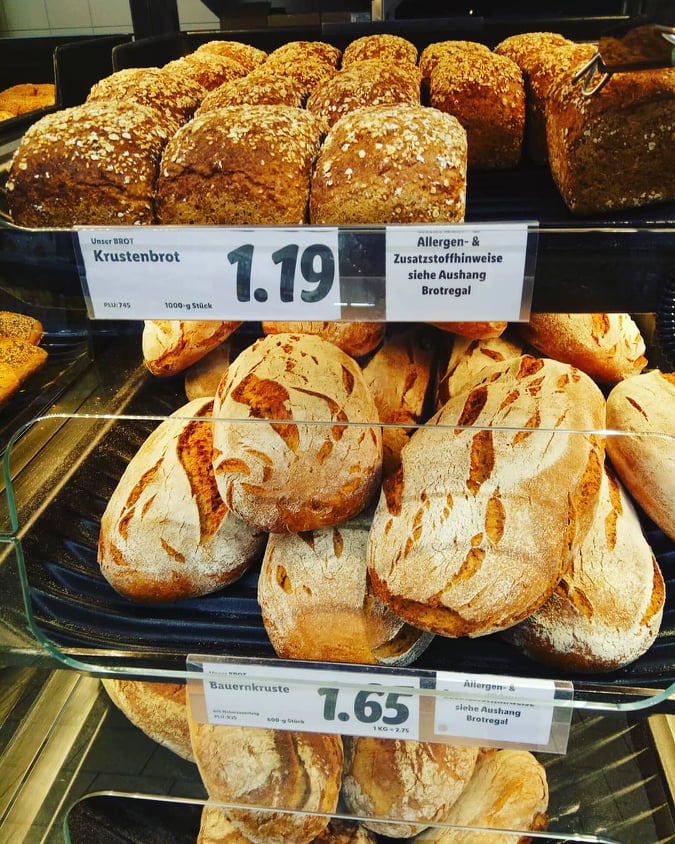 German market with clear labelling of the allergens ©Maria-Victoria Racu 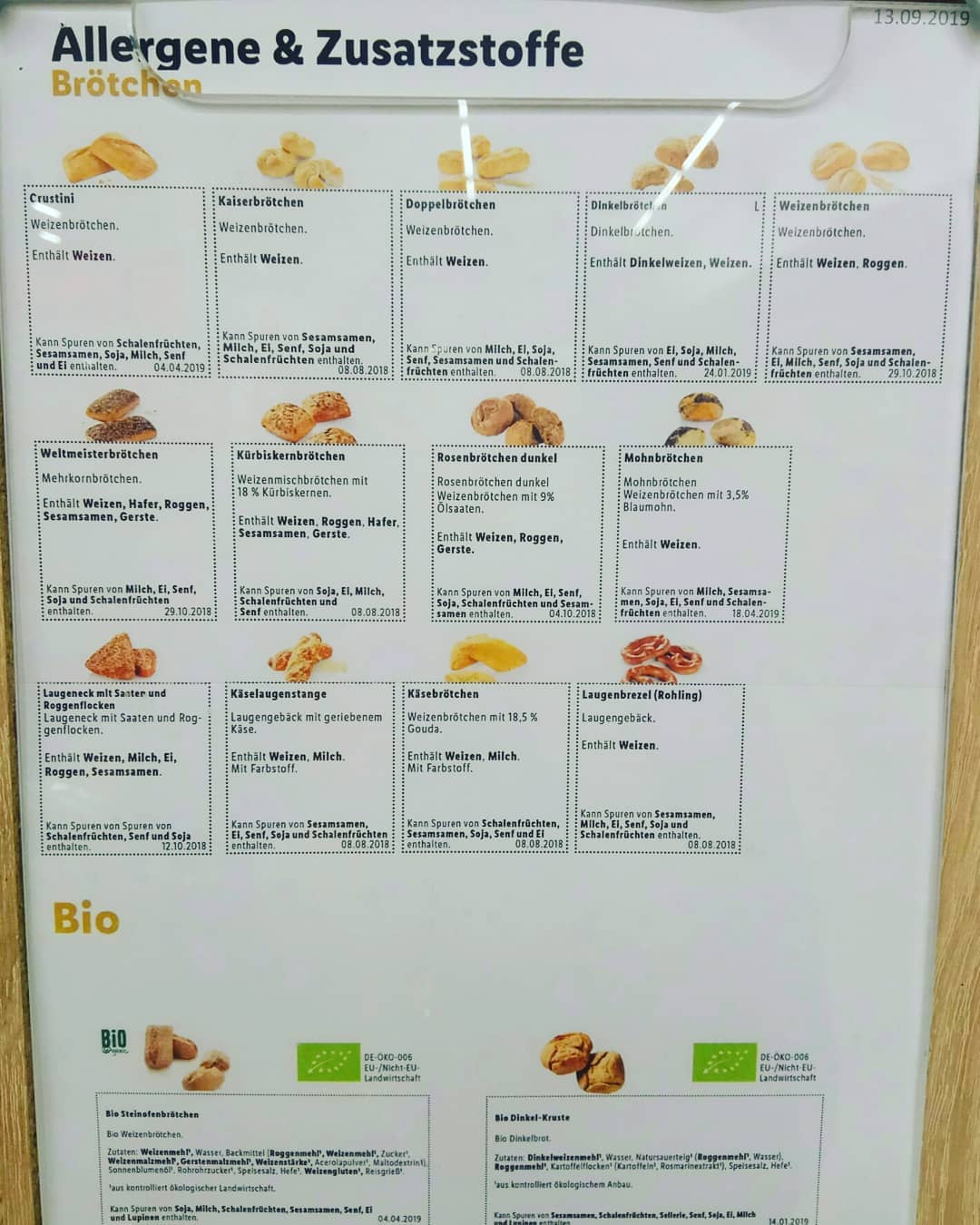 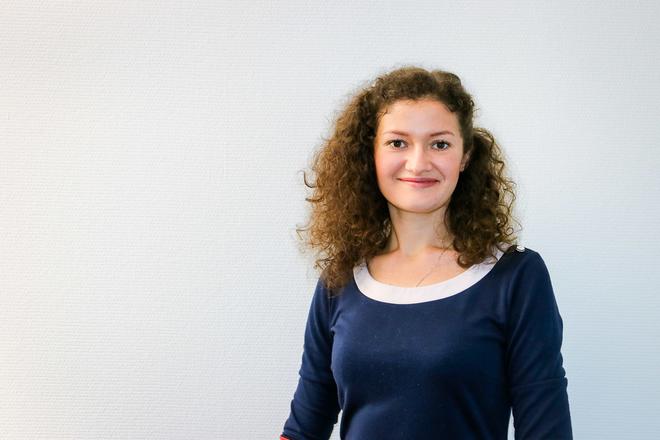 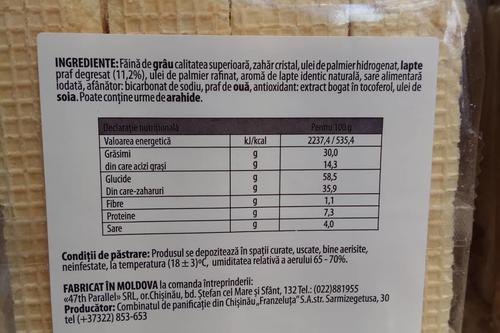 Food Allergies – how tricky can it be?

A food allergy is an immune system response to a foreign ingested substance that is not typically harmful to the body. These foreign ingested substances are called food allergens. The symptoms can vary from nausea and hives, to anaphylaxis, which is a life-threatening emergency. People with allergies should be very careful about the food they eat, especially in Moldova – a country which is not unduly concerned about food allergens.
Read more