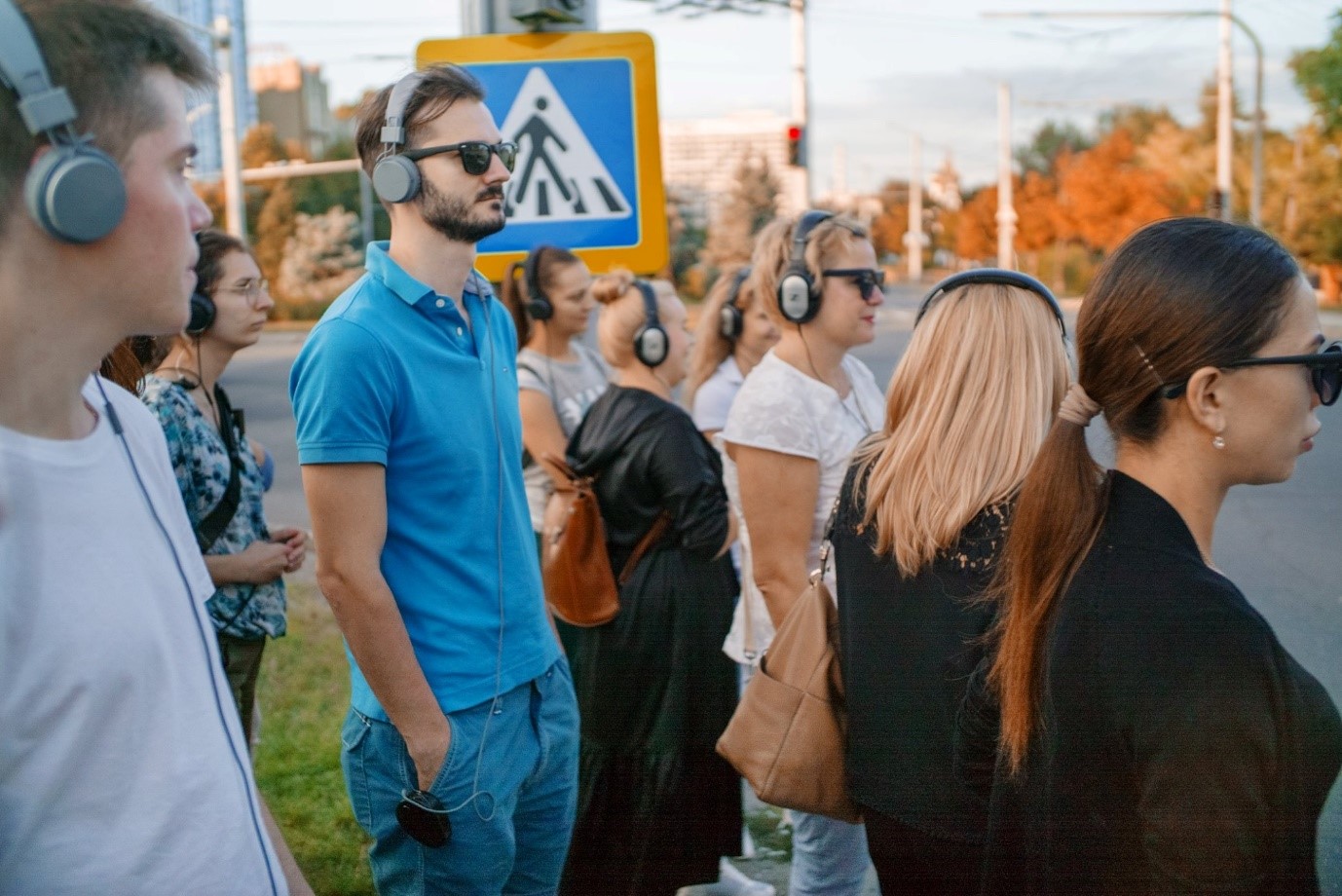 In Germany, the Berlin Wall has become an artistic expression for the ‘Fall of the Wall’, conveying the emotions of freedom and happiness over separation and division. Today, more than 100 drawings on the Wall create the East Side Gallery and it is part of Berlin monuments register since 1991, thus showing its value for the city.

Cultural manager, producer, theatre and movie critic, and co-founder of Centre of Cultural Projects Azart (CCP Azart) Rusanda Curcă, who also speaks of herself as a farmer and eco-activist, is actively involved in the local cultural scene.

Rusanda graduated from the Academy of Fine Arts (Management and Theatre Critics) and later, one by one, she started to produce small projects supporting young dramatists and theatre workers through CCP Azart – a cultural organisation led by her and her colleague, Oxana. At the very beginning, there were seven founding members and now, in 2019, is the first year that they are able to work full-time for Azart. Here, they aim to provide a platform where artists can experiment and grow, as there are not many opportunities out there for them.

It all had started as inspiration from abroad

Rusanda has also been part of the team that brought the German project entitled ‘Remote Chișinău’ to Moldova in 2019.

In Moldova, many artists, actors, stage directors travel to study in foreign countries. Working and living in foreign cities, they have a much wider access to events, workshops, performances, and international festivals. So it happened that some friends of Rusanda had the chance to see the performance of the ‘Rimini Protokoll’ team in Moscow (a German theatre which was trending at the time) and they kept sharing their enthusiasm about what they experienced and saw with their colleagues whenever they were in Chișinău.

Rusanda picked up on their enthusiasm and, hearing about a workshop led by a Rimini Protokoll playwright, immediately decided she wanted to participate, even though the workshop was taking place further away, in our neighbouring country, Romania. Having been very impressed with it, Rusanda did not hesitate to organise the same kind of performance in Chișinău. At that time, she was only at the beginning of her path of learning how to fundraise for a project. It was a challenge, as the budget for the kind of project that she had in mind required 40,000 euros, and she had only worked with budgets of up to 5,000 euros.

Nevertheless, in September 2018, Rusanda gathered a small team, organised a similar three-day workshop for about fifteen local young artists, and continued to dream even bigger for 2019, envisioning the creation of a Rimini Protokoll performance in Chișinău.

For Rusanda, Remote Chișinău was the first project she had worked on from scratch – starting with fundraising, collaborations with local authorities, public administration, partners, participating artists, etc. For her, it was like a school. It taught her things one would never learn in an educational institution, leaving her ready and inspired to produce projects with a budget of even 100,000 euros.

The aim of Remote Chișinău was to discuss relevant problems using language and means relevant to the audience. So, the performance in itself was in a language that permeated your being and made you think – something you do not always get in traditional or classical theatre forms.

The audience of Remote Chișinău was very enthusiastic and content, just like Rusanda, because they could feel that the performance was about them and that they were taking part in an experiment, allowing themselves to be carried away.

"There [in Germany], they work with new technologies and they create performances that are so much more relevant for the people of today, projects about the future... you are therefore always so happy to see them”, says Rusanda.

German theatre is so ‘desired’ because there they have great theatre schools, such as The Institute for Applied Theatre Studies of the Justus-Liebig University of Giessen, which has given birth to icons. Moreover, culture is equally spread across the country and there is no such thing as ‘cultural centralisation’. In any corner of Germany, you can easily find some kind of festival or some artistic residency going on, reflecting the support that the government, businesses and sponsors offer for culture”.

For instance, the Deutsch-Moldauisches Forum has ideas of “inviting Moldovan artists, sculptors, painters, and musicians, and we also want to send people from Berlin to Moldova and have this kind of exchange”, says Dr. Fritz Felgentreu, Member of Parliament and chairman of the Deutsch-Moldauisches Forum; “I think culture is part of the development of the human mind. We have considered the idea of organising a week of Moldovan culture here in Berlin, too”.

Rusanda is looking at thing this way: “Yes, we live in little countries, politically defined by borders, but we deal with general issues on a global scale and context. So, it is only through experience exchanges and artists’ mobility that we can discuss such problems. Artists in different places have different opportunities to experiment with various theatre forms, they have freedom in their creative approach, both in choosing the issues they are tackling and with how they tackle them. If you stay in the bubble of Moldovan theatre, coming into contact with other artists, you get to see how they approach relevant problems for contemporary people, such as ecological problems, technological dictatorship, how infrastructure is being built so that it can easily manipulate people, site-specific projects, performances using VR (which I don’t know if we’ll ever see in Chișinău, because there is no place here to learn such a thing, and you need to travel abroad to learn or invite someone who knows it)”.

This cross-border exchange is especially valuable in the context that there are no designed mobility programmes for artists supported by our local state institutions.

In Moldova, different to Germany, there is little active investment in culture in rural localities, and the workers do not always have the appropriate skills to create projects and to fundraise for them. Furthermore, when the businesses and other investors are not encouraged to support the cultural scene, the government comes under greater pressure.

For instance, in the case of Remote Chișinău, the local Ministry supported the project with only 3% of the whole budget required, with the rest of the money coming from foreign sponsors, amongst which was Akzente Cultural Centre.

Here, in Moldova, the Akzente Cultural Centre promotes German language and German culture and acts as a bridge between the two countries through cultural dialogue, experience exchanges and the creation of various collaboration networks.

Most of their projects are about culture and present the cultural German scene, especially the contemporary art scene – these also involve German participants.

Even though most projects take place in Chișinău, effort is also being made to reach other regions across Moldova, including Transnistria.

The Akzente Cultural Centre is looking to support initiatives which also come from other organisations and artists who want to learn from German practices by means of experience exchanges, know-how transfer, or even by undertaking artistic projects, such as theatre plays.

Speaking about Remote Chișinău, Corina Gîrla, director of the Akzente Cultural Centre, says that “the performance itself was the outcome but, prior to that, there was a workshop and research to see the local context, as well as the local artistic and creative potential”. As a result, the local team has gained experience, ‘stealing’ good practices.

As for our society mentality level, Akzente is hoping that it will become more open and that people will become able to look differently at the cultural scene, as many Moldovan artists have a more classic formation; it is hoped that an artistic metamorphosis can be triggered, to inspire artists to create their own contemporary art projects. Culture and education go hand-in-hand, and this is why they are prioritising know-how transfer, seminars and workshops, not just artistic creations.

During the last four to five months, Akzente has also been involved in elaborating the new regulations for the local Ministry of Education, Culture and Research in respect of the support for cultural NGOs. Nevertheless, in order to create such big projects as Remote Chișinău, there is definitely a need for additional financial support from partners. 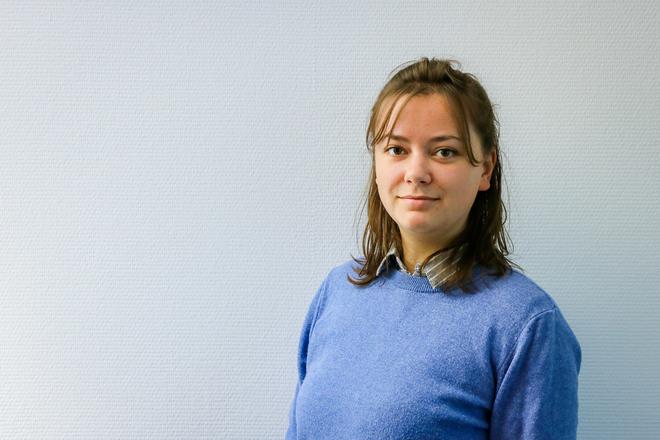 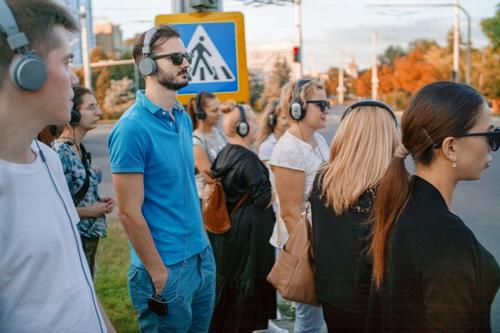 The society in which we live is constantly changing. Political events, economic dynamics, shifts in power control, and social movements leave traces one way or another. Across the years, these traces have been recorded by artists and cultural workers, who have curated and shed light on the things that have shaped, and continue to shape, our world.
Read more