Tudor Arnăut, 24, graduated in Journalism and Communication Sciences at Moldova State University in 2017. He started the altfel.md project, a news website with irony and memes. He is the coordinator of „From fake to Fake” and „Media Alphabet for YOUth”. 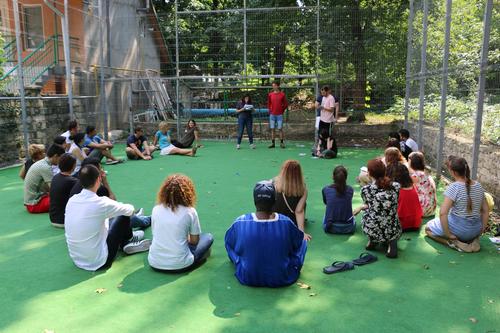 Debates, workshops, ERASMUS+, all have become popular projects for the youth in the last few years in Moldova, financed by the European Union. Looking back to 1990, or even 2000, there have been many students and few opportunities in the Republic of Moldova, but nowadays it is different. According to the National Bureau of Statistics, during the last decade the number of students decreased at 42%, but the number of projects significantly increased. According to eeas.europa.eu, in the years 2015-2017, more than 900 Moldovan students and academic staff were able to study and teach in the EU due to Erasmus+, and this is just a small field. The future also looks bright, as the European Union confirmed its support for education.
Read more